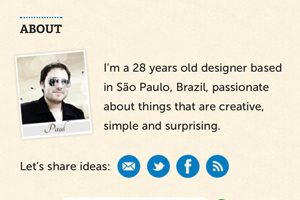 Today’s site is the personal portfolio of Paul O’Rely, designer from Brazil. Let’s jump in and see what we think!

A self-described interactive designer and web entrepreneur, Paul is currently 28 years old, resides in Brazil and is “passionate about things that are creative, simple and surprising.” 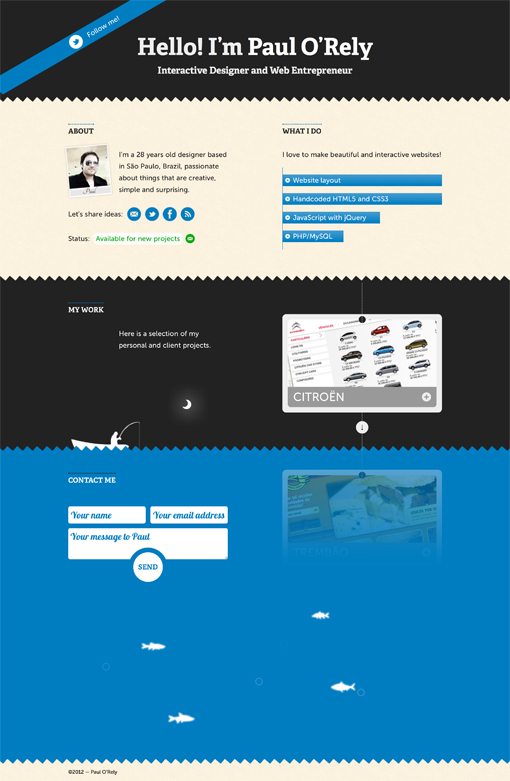 I’ll say right off that bat that I really like Paul’s site. It’s fairly unique, there’s plenty of interesting things to look at and interact with, and the message is crystal clear: here’s who this person is, what he does and how to contact him. These are honestly the most important aspects of a designer’s personal portfolio and I think Paul nailed them all (a little copy editing may be in order but otherwise, great work).

If I had to issue some sort of overall complaint, it would probably be the lack of a significant “wow” factor in the header. The site as a whole is great (there’s some clever voodoo in the footer), but when I load up the top portion of the page, there’s nothing that really grabs me and invites me to look further. As I mentioned, he’s focusing on doing a superb job of introducing us to the site and himself, and I wouldn’t want to detract from that, but I still feel like there could be something more done with this spot to impress visitors.

Now that we’ve discussed the site as a whole, let’s dice it up and talk about the various specific aspects of the design. Most of what I have to say is positive so this is one of those sites that will serve more as a good example than a bad one.

I’ve heard people bash single page sites, but I dig ’em. Paul has actually done quite a bit with this single canvas and yet it still manages to feel downright overflowing with whitespace.

Given the relatively simple purpose of the site, I don’t really see the need to break this content up into separate pages. The flow is logical and easy to follow: up top you meet Paul and learn what he does, next you see his work samples, then you have the opportunity to contact him if you like what you see.

The exception to the one-page paradigm is of course his blog, but that really feels like a completely separate entity rather than an extension of this site.

Paul has some great looking custom fonts on his site, which are of course served up courtesy of Typekit. The bold slab serif in the headline is called Adelle, a nice change from the typical ChunkFive that you see everywhere. 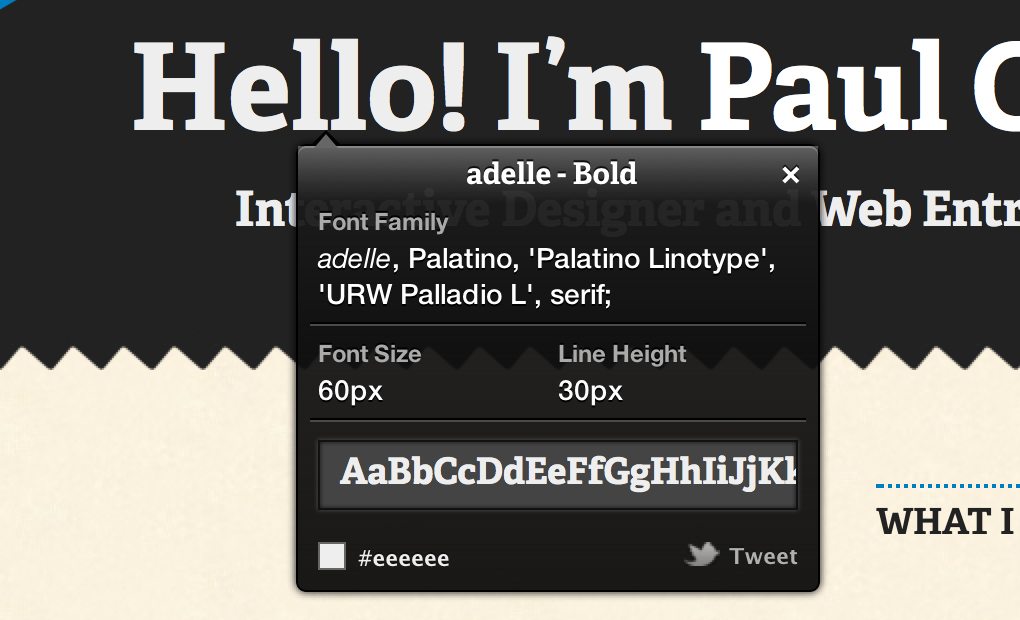 I also really like Paul’s choice of what to pair Adelle with: Museo Sans. The Museo Family is actually mostly slab serifs, but they do have one sans serif version. This is a really smart choice because Museo Sans is specifically designed to look good next to slab serif typefaces. 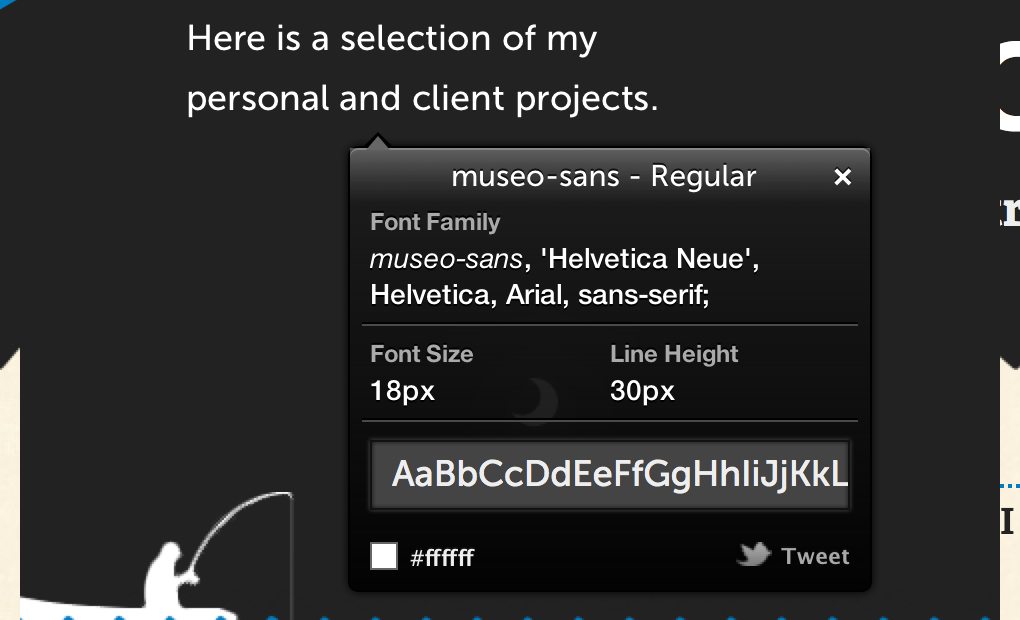 Though Paul did well with the first two font choices, unfortunately I think the third is a big miss. 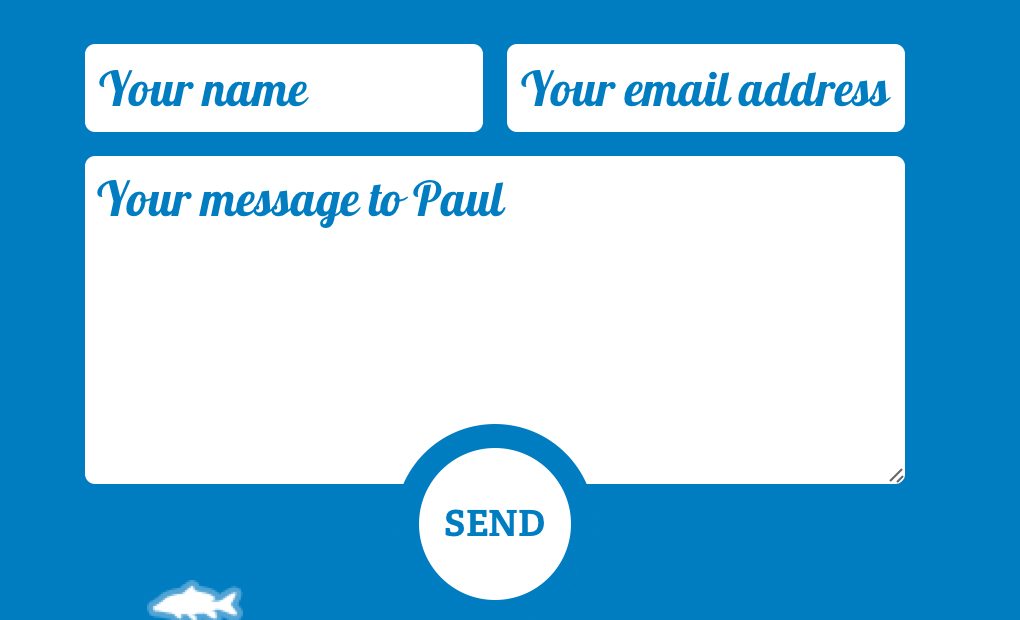 As you can see, the contact form uses Lobster. There are a three reasons that I don’t particularly like this choice. For starters, Lobster is quickly approaching cliché territory just because it’s so ubiquitous. Not to say that you can’t use popular typefaces, you just have to do so with caution and tact.

More importantly, you’ve already chosen your big, bold, unique typeface for the page and deviating from that purely for the contact form is a bit jarring. The two can be combined, but it has to be in an integrated fashion with a clear hierarchy like the example below rather than through arbitrarily switching between them. 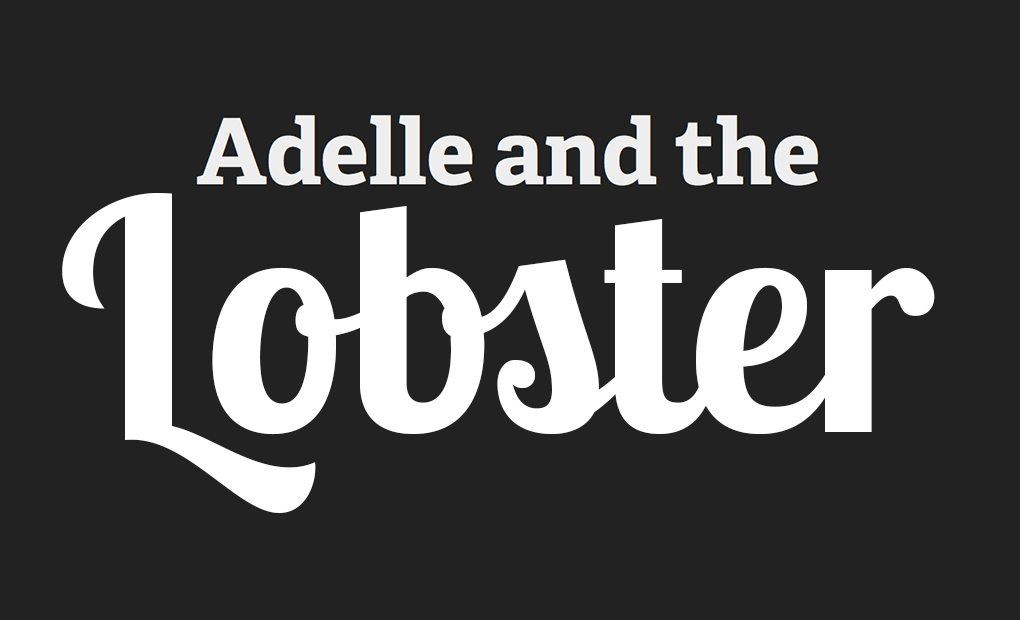 Finally, virtually any time you have a lot of text, a script typeface is going to be a remarkably poor choice from a readability perspective. The simple truth is that it’s a lot more work for your eyes and brain to sort through and decipher an entire paragraph that’s written in a loopy, connected script. 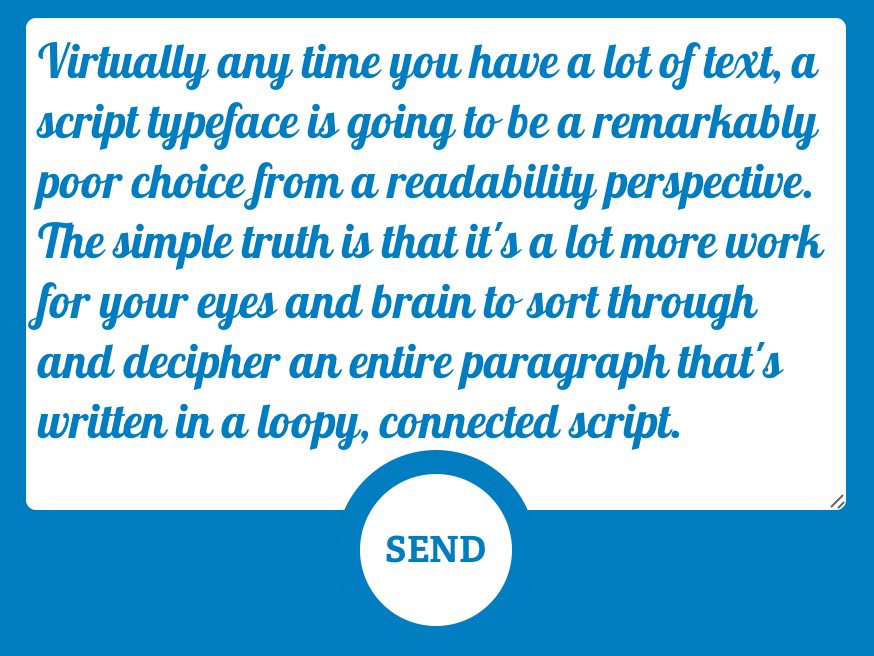 Given that this is a contact form, it’s possible that clients will approach Paul with a lengthy pitch. Forcing me to write in Lobster is a great way to ensure that I never use your contact form.

As you can see, this is a very bold color scheme designed to grab your attention. For the most part, he utilizes a balance between the charcoal, creme and blue, the first two of which are mild enough that they make the blue really stand out. The green is only used for the status item as a violation of the normal flow, which really draws your attention to that point. 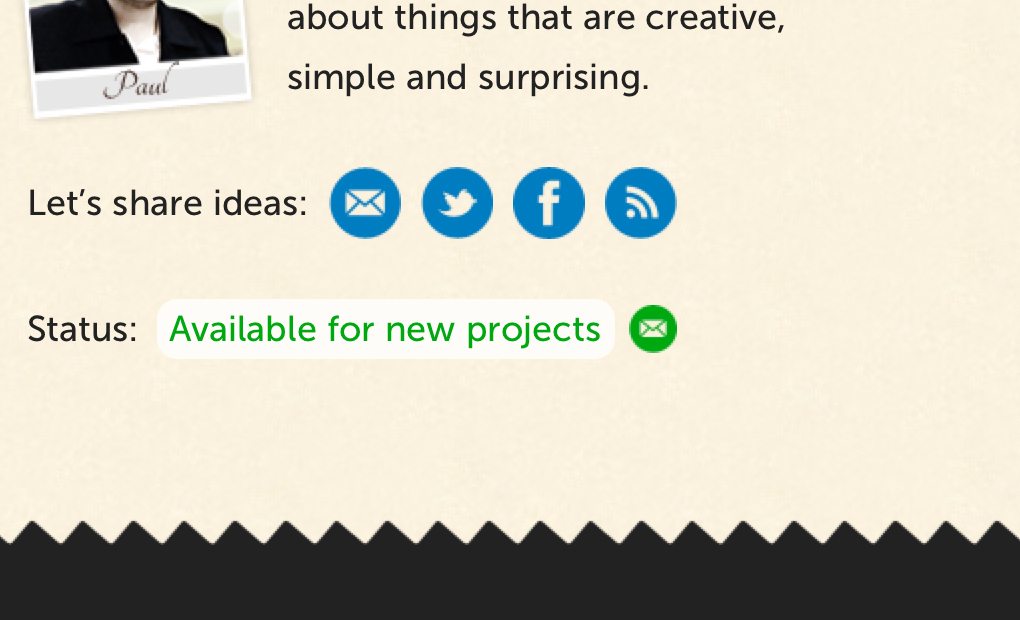 If you look hard enough, you’ll find some splashes of red in there too. I think this seems inconsistent and unnecessary though. It would be better to utilize repetition and take this as another opportunity to use the green (or maybe just use red without green).

Another thing that Paul does really well is get you engaged and interacting with the site. For example, the header shows a sort of bar chart of his talents, which has different categories that can be clicked on and expanded with a smooth animation. 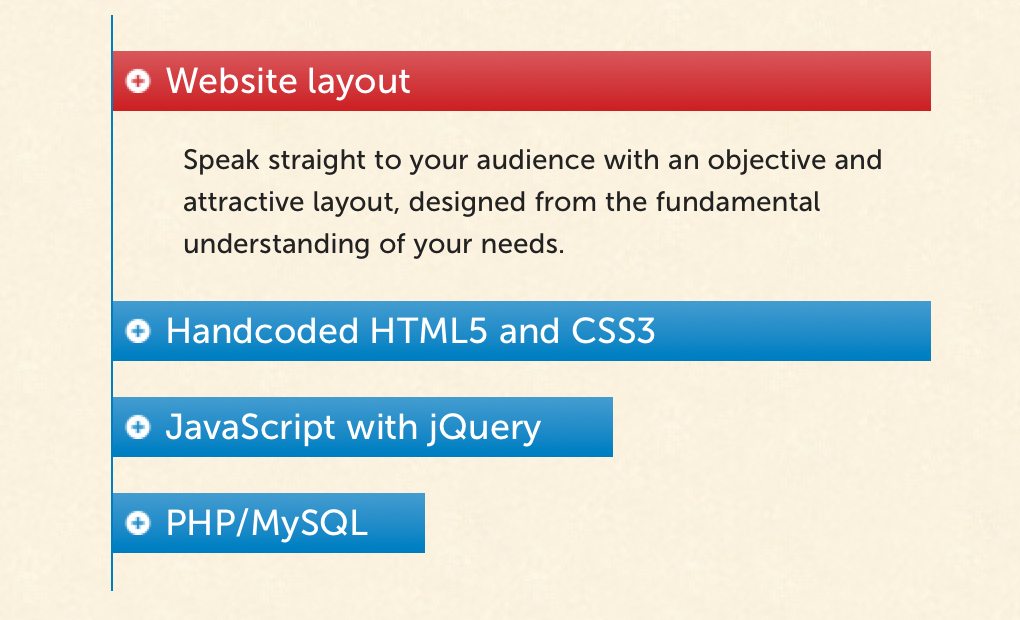 Scroll further down the page and you find an interactive vertical image slider showcasing his work. Once again we see excellent use of transitions and click events as well as some nice easing work. 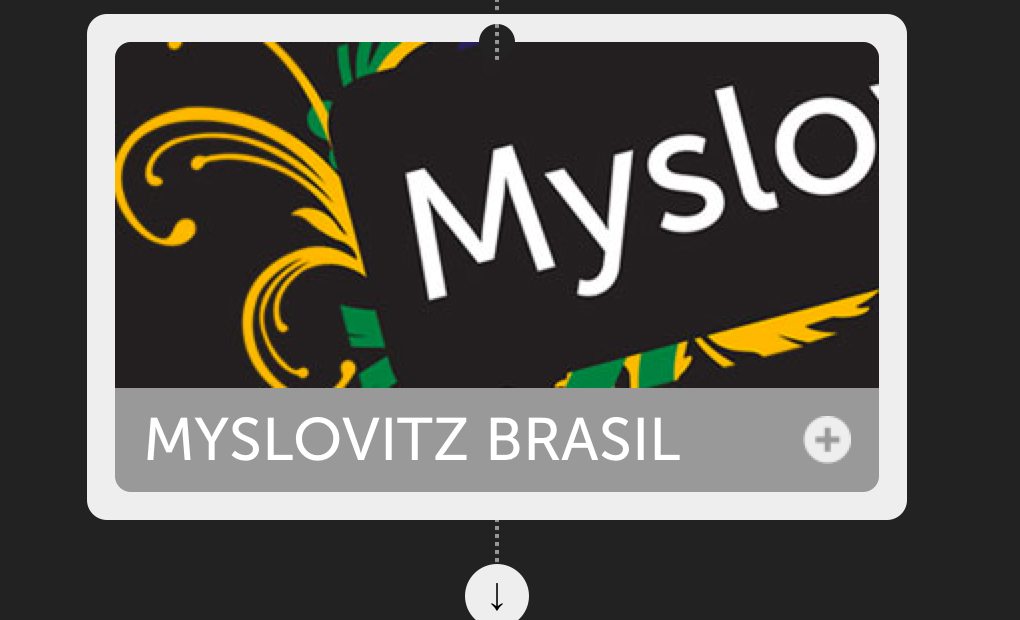 When you get down to the footer you find a lake of swimming fish. This part is actually really impressive! Nothing about it feels like a boring, uniform, looped animation. The pattern of the fish and bubbles feels random (whether it really is or not is almost irrelevant). 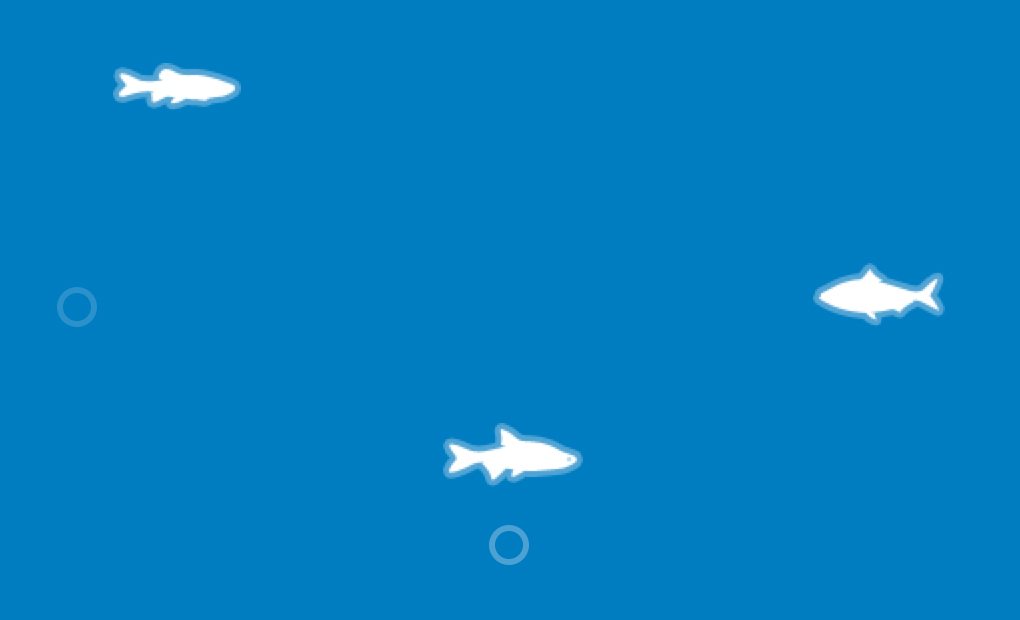 I also really love how the fish vary their speed in a realistic way. They swim slow, then almost stop so they can wiggle and shoot forward. Hats off to Paul for a great bit of animation work here!

To sum up, I love the site. It’s really well done and I can tell that Paul poured over it and put forth a lot of effort. Almost everything on the site looks great, from layout and fonts to colors and illustrations. My biggest complaint is the use of Lobster in the contact form and my secondary concern is rethinking the header to pull in some of the “wow” factor that you get when you really dig into the site.