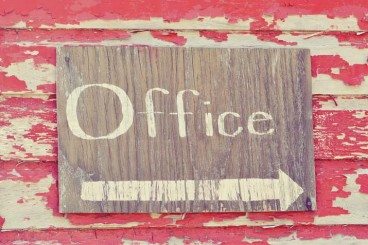 Temporary placement agencies get a bad rap from many freelance creatives. Some for good, or rather bad reasons and others because freelancers don’t understand the subtleties involved with these agencies. Understanding the good, the bad, and the ugly is one way of better dealing with temp firms… or avoiding them!

Join us as we delve into another investigative Design Dilemma, helping to answer your questions, queries and concerns about the murky world of design.

A local girl wrote this to me as she was frustrated by dealing with a temporary design placement firm that caused more problems than it solved. She was confused by the way the agent was dealing with her and wondered if she should continue accepting assignments, and wicked abuse by this firm.

You know a lot of people around town. Have you ever dealt with (name of firm withheld to prevent lawsuits and fistfights at design events)? They have a strange way of setting up temp jobs and I wonder if it’s just me or has anyone else experienced this stuff?

“I asked for a kill fee for the remaining three weeks and the agent said she’d get back to me but now my calls and emails aren’t returned.”

I was sent to one client and the fee was low, the job description from the agent was much less than what I was instructed to do at the job site and I was told to “clear (my) calendar” for a month to continue the project but it ended after a week and I won’t be compensated for the other three weeks the agency originally booked me for. I was counting on that income and even turned down a project because I thought I was booked.

I asked for a kill fee for the remaining three weeks and the agent said she’d get back to me but now my calls and emails aren’t returned. Any ideas what I should do to help save this relationship? I really need the agency for temp work as I don’t have enough clients to make it as a freelancer.

I shook my head because I did know this temp firm and they had a really bad reputation. My personal experiences with them were not good. In fact, they were awful. It’s more the staff in the local office of this national chain are probably poorly trained but I think they’re just unprofessional and, judging from their emails, illiterate morons. Not every temp firm is like this one.

The Good, The Bad and The Ugly

When I lived in New York City, I had a small placement firm that specialized in contract designing and art direction. Most of the assignments were to replace someone who was on leave from a company but I also had my share of “cleaner” assignments, having to clean up bad files done by other designers. My agent said I was their “account opener,” showing their best side to new clients. They kept me as busy as I could stand and the money was better than any full time position. I loved it!

“I went to one agency that allegedly asked for someone who was “expert at Illustrator.” When I got to the company, it seemed they wanted someone who was an expert illustrator for hand-rendered layouts.”

Then, there were the not so sharp agencies and those were the big chains with offices in most major cities. Some agents were good and others were morons. I went to one agency that allegedly asked for someone who was “expert at Illustrator.” When I got to the company, it seemed they wanted someone who was an expert illustrator for hand-rendered layouts. Luckily I could do them and all was well, except for the fee, which should have been higher for what I was doing. The agent’s reaction when I asked for more money—”I don’t think the company will pay more now that your assignment is over!”

My reply was for the temp agency to pay me out of their cut because they screwed up. That was the last time I heard from that agent. Luckily, there’s a huge turnover with placement agents, so it didn’t take long for me to receive a call from the replacement.

It’s Over… For Now

I didn’t want to bash the temp agency too much, like every creative in town does but I was curious to see if this firm was still using their old tricks. Every now and then, an agent would call to find out if I was available for an assignment and then would casually ask who I was working for in town. They were phishing for leads and the first time they called, I was on a job site, turned down the future assignment and foolishly answered the question of where I was working and who was the boss. Two minutes later his phone rung and as his desk was a few feet of mine, I could hear that same agent pitching him their temp services that would undercut my fees. I made sure the agent could hear me screaming obscenities from where I was sitting. She never called me again but eventually she moved on.

Yes, I know that agency well and just got duped by their fake ad that they use to collect names for future reference. I guess I’ll never learn!

Firstly, congratulations for making it into their trusted circle of creatives! Secondly, I’m sorry you made it into their trusted circle of creatives! They have an odd way of doing business and if you look at reviews of the company, former employees complain about the pressure to provide results “at any cost.” That pressure attracts people who think they can handle it and those who will enjoy doing anything to provide results.

“An odd reaction this agency has sown for itself is that many of the freelancers they have treated badly have moved into positions that hire freelancers and now those very same victims of the agency refuse to use it for freelance placement.”

Asking for a kill fee is not outrageous and if you look at your original contract with them, you’ll see a section that addresses that. It’s some sort of percentage for the time you were booked but weren’t needed. The trouble is, it’s doubtful the agency will bill the client for that kill fee… or they will but not pay it to you. You could call them and act as if nothing happened but then they will know you’ll take anything they give you and your rate will undoubtedly drop. Get used to the one credo this agency has: “there are only a few paying clients but tons of willing freelancers.”

This is why there are so many pissed off creatives in this town and the agency has such a bad reputation and I have to wonder, as many agents use the same underhanded tactics to pull leads from their registered candidates, it’s not a list of hints from the main corporate office.

An odd reaction this agency has sown for itself is that many of the freelancers they have treated badly have moved into positions that hire freelancers and now those very same victims of the agency refuse to use it for freelance placement.

There are a couple of other temp agencies in town that seem to be very professional but they have less clients, so it’s harder to get into their trusted circles. I would suggest you get involved with the local AIGA chapter and attend every design event to start meeting people in local design firms and agencies who hire freelancers but don’t want to pay the fees the agencies charge.

What bastards! They still ask about who you’re working for and get really pissed off when you don’t want to answer. They also never answer emails, which is so aggravating!

I guess I should look up the other agencies and start meeting people. Thanks for the info!

Who is the Client?

When dealing with temp agencies, also referred to as “creative pimps,” you have to remember that you are just a number to them and unless they tell you how valuable you are, you are just killing time until something goes wrong and you receive a bullet to the head behind their office.

“I asked several former agents from temp agencies, including one from this company, if any of them would comment on this dilemma and only one returned my email, stating she wouldn’t do it.”

A normal business person would say it’s a catch 22. The clients who book freelancers represent income to the agency but those freelancers also represent at least half of that equation by supplying the creative labor needed to fulfill that income stream. When booking a professional, through professionals, for professionals, it would seem that everyone needs to be… professional. When one part of this symbiotic triad fails to be professional, the bad feelings begin. It would seem to be a no-brainer as what business could keep functioning like this… except for politics but that proved it doesn’t work.

I asked several former agents from temp agencies, including one from this company, if any of them would comment on this dilemma and only one returned my email, stating she wouldn’t do it but did add that creatives are so plentiful, it’s hard to get work for everyone and it should be understood that the agency must retain a reputation for sending the best to their clients, so some people will always be busy and others might not get a chance.

I inquired as to the complaints of lead-phishing among applicants. She didn’t respond. She was the one who would try to phish my leads years ago.