Design Dilemma: Buy One, Get Two More for Free? 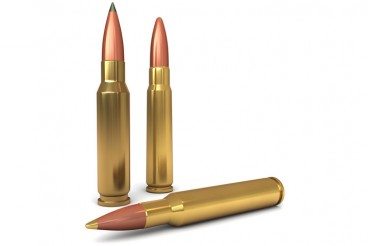 I love giving back by helping designers with their questions and dilemmas. I’ve been successful at using my own dunder-headed mistakes as lessons not only for myself, but for others. There is one mistake, however, I never made — failing to speak up for myself. Yes, there were projects I walked away from because of the low fee, the client appeared to be too sleazy, or a gut feeling told me that the numerous red flags meant I was borrowing trouble, but I never wondered if I made the right choice.

When I hear about a designer who was too afraid to ask for a contract, assert themselves when scope creep started heading for the ridiculous, or they feel working for free will be that great opportunity the client promises, I wonder if this is not the reason the industry and creatives are seen as being weak and foolish. The following dilemma makes me frustrated at the weakness the designer displayed, but there has to be patience and forgiveness in the world, so, join us as we delve into another Design Dilemma, helping to answer your questions, queries and concerns about the human world of design.

“Corinne” wrote for help with an all too familiar dilemma. Here’s what she said:

I wonder if you could help me with a problem that just came up with a logo design I’m doing? Everything was fine, and I know you’ll be mad because I didn’t have a contract and all, but I really need your advice about something that’s happened and I don’t know what to do.

I was hired by a new client to design a logo. I presented three ideas and the client loved them. In fact, he said he wanted me to do all three! The problem is, he then walked out of the meeting and I didn’t say anything.

I’m afraid if I ask for more money, he’ll end it all and not even take one logo. I’m feeling like I should do the three logos and hope he hires me for more work later on.

I’ve read your dilemma columns and I know that you’ll probably tell me that he’ll take advantage of me next time, but, with your help, maybe I can talk to him about not doing this again next time? I’m really confused and feel a bit upset that I’m being taken advantage of. At the same time, I think that adding three logos to my portfolio will be worth my time.

Am I making the right decision or is there something I can do that will make a little more money and still save the client?

Asserting Yourself is Not Bad Business!

“Some people can’t let go of that feeling that they’ve let themselves down. It can haunt you for an entire career.”

Naturally, I wanted to tell “Corinne” to immediately send her client an email, thanking him for choosing not one, but all three logos and then laying out the costs for all three. Personally, that’s what I would do if a client did a disappearing act right after increasing the scope of a project, but she had two conflicting feelings. One was just giving in with the hope she would win a regular client, and the other was that self-hating feeling she had been treated badly by that very same client.

Some people can’t let go of that feeling that they’ve let themselves down. It can haunt you for an entire career if that logo becomes something big and you know you gave it away. In this case, she tripled her anxiety.

While I suspected that “Corinne” was in shock that all three concepts were ordered and she didn’t speak up before the client left the meeting, I started out softly, like a father soothing a bullied child, trying to convince her it wasn’t her fault.

Well, it sounds to me like your client knew exactly what he was doing. The ol’ hit and run.

I’ve experienced that as well, many times, as has every designer. The thing is, his leaving so quickly was his way of not giving you a chance to discuss a larger fee. You can, however, continue the conversation if you truly feel like pushing the point. Think of it this way:

“One of the biggest problems freelancers have is the inability to handle negative business dealings quickly. It’s not so much the fear of losing a client, although that is a legitimate fear.”

Here’s what I think you should do next:

Email him and thank him for the vote of confidence in your design abilities and tell him you can work out an acceptable fee for the two extra logos. State that while creating the other two logos represent a major investment in production time, you can provide all three without triple the cost. Then tell him that you’ll discount the fee for the ideation time to come up with the other two logos.

I would offer him 5% off the bill, tripled for all three logos. Chances are good he will either:

So, basically, you have a 50/50 chance of keeping the project and making a fair wage for your work.

I had to add one last thought to help “Corinne” in her future dealings:

One of the biggest problems freelancers have is the inability to handle negative business dealings quickly. It’s not so much the fear of losing a client, although that is a legitimate fear, it’s leaving the love we have of being designers and suddenly switching into business mode.

In client meetings, we are forced to present two fronts. The creative side must explain and defend design decisions and the business side must protect our rights, intellectual properties, and income. The creative side is easy. The business side is something art school doesn’t prepare us for and so, we must learn it ourselves and find the confidence to speak up and walk away when the situation seems unwinnable.

I never heard back from “Corinne,” which is a shame. I’m always curious what happens in the end, if my advice was followed, and was it effective. My experiences are unique to myself, being male, raised in a city where speaking one’s mind is commonplace, and having a confrontational personality. Not everyone has that same demeanor, so my advice may not work for everyone, in every situation.

Thank You, and Goodbye!

This is the last Design Dilemma column, so I want to thank those who shared their personal dilemmas, the readers for supporting and sharing the columns, the Design Shack editors for allowing me to help so many who reached out.

I’d also like to wish all creatives luck, strength and the confidence to find the best solution to your dilemmas through patience, negotiation, give and take, and the gut feeling that tells you something is just not right.

Ed: Thank you too, Speider, for all your work on this series over the past few years! It’s been a pleasure reading your insight and wisdom, and I hope we’ve helped quite a few people along the way!