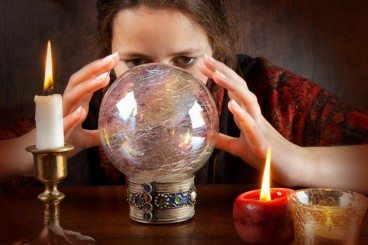 Omar G. Writes: My boss is impossible to read and I feel like I have to be a mind reader to come up with a design he likes. He blames me for not being able to please him, and I feel ill every time I get a new project from him. Should I just look for a new job? I like my coworkers and the company but my boss is crazy!

Omar, this is a very common problem but one of the easiest to fix. Let me relate a story about one of my experiences then, after feeling a little unwell from the memories of how tense this situation can be, I’ll can explain how to please your boss!

I was given a project by the president of a company at which I worked. She was known for being difficult as well as vindictive and I swear I almost fainted when her secretary called me into the president’s office. The assignment was simple: come up with new stationery for the company that would rebrand everything. She said, “I want something sophisticated!”

I looked up sophisticated in the dictionary and started by designing three choices for her. When I showed it to the president, she was a bit upset. “I said I want something sophisticated!” she scolded.

“She just couldn’t communicate the visual she wanted by using the right words!”

I designed three more, all corporate with a European fashion flair. When I showed them to her, she grew angrier and demanded to know why I couldn’t get something “sophisticated.”

I tried again and again with no luck. After the twelfth design attempt, I looked around her office, which was decorated with 1970’s kitsch, toys and retro furniture. The word “sophisticated” suddenly took on a different meaning to me. “Would you show me an example of some sophisticated designs that inspire you?” I asked her.

She pulled out a letterhead she had received and shoved it at me, probably trying to paper cut my throat. I looked at it and said, “Oh, you want something whimsical!”

The next design hit it on the head. It wasn’t that I couldn’t design “sophisticated” — she just couldn’t communicate the visual she wanted by using the right words and wasn’t pleased I embarrassed her by showing she was an illiterate moron. Why couldn’t she pick the correct words? Because non-creatives can’t put a visual in their mind together with the right descriptor. They’re not morons, mind you — they just can’t communicate a look with words. By the same token, they don’t understand creatives who describe a design direction and get the picture in their heads.

I took a big hit on my year-end review for not being able to finish the project in under twelve designs, which wasn’t fair, but I learned a valuable lesson that has helped me throughout my career. Design is seldom fair and although subjective, the designer is supposed to be a mind reader.

How Do You Prevent the Guessing Game?

The solution, when starting a project with a boss or client and you are discussing the design strategy or writing a creative brief, learn to read their mind or ask what designs inspire them.

“The design challenge for you is to take the inspiration and make it your own while keeping the feel the boss/client wants for their business.”

They will be more than happy to show you examples of things they like. It makes them feel like they are an important part of the design process and will make your job so much easier.

Now, you might say you don’t want to copy someone else’s design. Well, you won’t. The design challenge for you is to take the inspiration and make it your own while keeping the feel the boss/client wants for their business. If they like retro design, then give them retro but make it your own. If they tweak it too much and it leans more to the designs they showed you, well, don’t put it in your portfolio. Design is a service industry and sometimes we have to shrug our shoulders, do the job and move on, but if it’s handled correctly, the client should be pleased if you get the layout, feel and colors of their desires.

When You Have to Read Minds

Sometimes the answer to your question of what the boss/client likes in design will be answered with the dreaded, “I know what I like when I see it!”

You have two choices: Run like crazy or look around their office at art, decorations and desk/shelf items and pick up on their personal style. It’s still a shot in the dark, but it’s a strong starting point and will put you closer than trying something out of your own mind, which is your personal style.

The logical step is to show him or her some inspiration you collect, rather than spending days designing in the dark. Some refer to this as creating “style boards.” You don’t have to get that involved. Just print out a few pages you feel solve the design solution and talk about them with the maniac for whom you are working.

Yes, design is subjective and as a competent designer, you give the boss/client what they need, more than what they want but it’s not only about what is right. Sometimes it’s about pleasing the person with the money and walking away happy that you’ll pay some bills and live to design again, hopefully something you love, that will perk up your portfolio.

Do you have a design dilemma? Speider Schneider will personally answer your questions — just send your dilemma to [email protected]et!