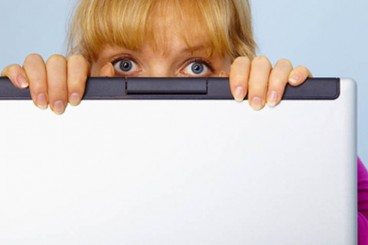 There are some designers who just can’t say “no!” to a client. While it’s painful to hear their stories, do they affect the industry for others? Do you need to develop some iron clad nerve to protect yourself?

This is the story of a designer who keeps being called into endless meetings by a client who picks her brain for a new line of product packaging, but still hasn’t committed to her as the designer on the project, nor has the client paid her for her time. I gave her some advice, so perhaps she’ll follow it? Join us as we delve into another Design Dilemma, helping to answer your questions, queries and concerns about the murky world of design…

May S. writes: Remember that client I mentioned last year? Well, they still haven’t made up their minds on what kind of packaging they want to do. They just called me for another meeting, and all I do is answer their questions. I don’t want to do more meetings for free! I doubt they’ll even use me, now. Sigh!

“I give them enough of an idea of direction, usually leading to a story of an accomplishment I’ve had that matches their project, and nothing more. It’s a general overview only. A sales pitch.”

This always breaks my heart. I’ve seen my share of people who want free advice… usually work-quality type advice. I’ve just learned to say, “I can do that for you,” instead of giving details. I turn their inquiry into an opportunity to sell myself before the project starts. I give them enough of an idea of direction, usually leading to a story of an accomplishment I’ve had that matches their project, and nothing more. It’s a general overview only. A sales pitch.

Poor May is a talented, but shy woman who contacts me every now, and then to “borrow (my) bastardness” when she needs some advice. This was another case of needing to grow a pair.

How to Deal With Undecided Clients

My first piece of advice was for her client to just chose a blank box from a cardboard corporation that supplies blank, die-cut packaging, instead of ordering a shape that will have a die charge attached so the client could save money. That might help push things forward.

“They are idea collecting, and will hire a cheap pair of hands to implement all the ideas they were spoon fed by you and other freelancers.”

My second piece of advice was for her to call the client back to respond about the meeting, and then asking if they were ready to hire you as the designer. They may say, “no!” which then leads to you having to insist that any further meetings be paid at an hourly rate (high), that will be refunded in part, on the final invoice if you’re hired.

If they say “yes!” then it’s time to tell them you’ll send over an engagement form. Some people call it an order form, others a contract. It gets it in writing, and starts the money clock ticking (then comes getting a hefty upfront deposit).

If they fumble about, and say they are still deciding on who will get the project, then they are idea collecting, and will hire a cheap pair of hands to implement all the ideas they were spoon fed by you and other freelancers. Never give away ideas!

Why the Client Won’t Hire You

Normally, when a prospect calls about a project, they’ve seen your online portfolio, or will ask for the URL. If you’re called in for a meeting, they no doubt want to get a feel for the way you work.

If the conversation starts running to, “what ideas do you have for our packaging?” or “How would you solve this in the cheapest but most effective manor?” then they may be legitimate questions, but, once again, give them just enough, intertwined with a sales pitch for you being the best candidate.

If they quickly dismiss you, then they were just looking for free ideas. Steal a painting from the lobby, or a couple of staplers, and consider it an out-of-court settlement.