Design Dilemma: How Do I Become a Designer? 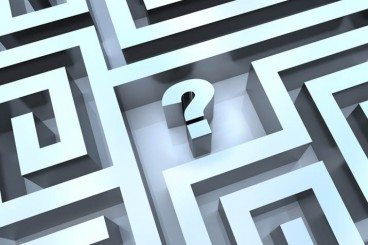 I get several messages with questions on how to become a designer every month from varied social media sources, as well as through the Design Dilemma email link (listed at the bottom of this article). That’s it. No details or background. They just want to have me write an email instructing them how to become web designers.

It’s not really an easy answer… and some people get really upset when I won’t engage them in long email explanations of the steps they can take. The simple answer of “enroll in art school” doesn’t seem to be the acceptable answer. I gather that through their curt salutations…

It’s not that it’s an outrageous question, as is the answer of enrolling in art school. Some people don’t want the entire route of matriculated class loads or piling on a student loan debt that can only be paid off some time after retirement and, in many cases, continuing repayments long after death.

What is the best way to advise someone about approaching a career in design when you really don’t want to write a book on the subject? Join us as we delve into another Design Dilemma, helping to answer your questions, queries and concerns about the murky world of design…

Where Did You Start?

My career started with assorted night classes in design. I didn’t even think of going to art school full-time as I was working at a small design firm and earning money to pay rent and other living expenses was my priority. I can remember a blind date getting angry with me because she mentioned losing her job and wanting to return to school. I asked how she would cover her living expenses and tuition, then suggested night school while working. She yelled at me and walked away (leaving me to pay for dinner… which I guess saved her some money towards her future plans).

“What is the best way to advise someone about approaching a career in design when you really don’t want to write a book on the subject?”

It wasn’t easy holding down a full-time job and taking three classes a week for several months at a time, but I handled it by sleeping all weekend. Eventually I did, at the suggestion of my boss, who promised me as much part-time work as I could handle, enrol in art school full-time. A few hours at work, a few more hours of a night job and I was carrying a full course load at school.

After two years I left and went back to work, confident that not having a degree wouldn’t matter. It didn’t and marriage, kids and life suggested I don’t take any night courses for the 12 credits I needed to get my degree.

Taking a course here and there, I did manage to earn my degree, which only seemed to matter at one odd corporation where the head of creative decided that diploma was more important than talent to be hired. It didn’t matter at the larger corporate jobs I had before that, but I was glad I had that piece of paper. Still how much does a person with creative talent need to enter the field of design?

Are Schools Bending to Meet a Need?

There are several sources for studying design that have popped up in recent years. The “for-profit” schools, such as the franchise of “Art Institutes” and online schools have been established for students with busy schedules. The costs, however, are ridiculously high and many graduates of these two-year programs are having enough trouble finding work and repaying their student loans that there have been lawsuits by the government and 2015 is the deadline for these institutions to prove their programs are worth the government student loans arranged by the schools for students.

“Many graduates of these two-year programs are having enough trouble finding work and repaying their student loans.”

Personally, I’ve met graduates who are working in the design field… but many more who are not, and even more who ask me questions about professional practices they weren’t taught in these “diploma factories,” as many have labelled them.

I’ve also been invited to judge portfolios at these places and apparently color theory, typography and layout are not things taught. It’s mostly software lessons for many places. I’ve been asked about these options by people but stand firm that they are not a viable way to learn about becoming a professional designer.

It’s Easy to be a Designer, Right?

My favorite story about the lack of what it really takes to be a designer was a job I had at a corporate marketing art department. We were a small group, shoved into an open space, sandwiched between the marketing department and the legal department. We were a bit loud, as the jokes and quips flew between us and the people in the legal department, being lawyers, of course, had no sense of humor and complained bitterly about us.

Luckily, the president of the company loved us and treated us like Greek Gods. We could do no wrong in his eyes, so the legal eagles kept their mouths shut and their frustrations levels high.

“We agreed among ourselves that there are talented people who just have the knack without any training, but the general feeling is that art school offers more than just training a creative needs to be a well-rounded designer.”

One day, a secretary from the legal department poked her head over the short wall that separated us from the rest of the company drones and asked if she could work in the art department. She liked how we had so much “fun” and wanted to join in. She asked if she needed to go to art school or if she “just needed to learn Photoshop.”

I can’t remember who it was who forced her to run off in tears after being told she needed to go to art school and “monkeys” couldn’t “just sit down and be designers.” Usually that would be me making the hurtful statement, but I was innocent that time. I swear!

The rest of the afternoon was filled with a discussion of why people think anyone can be a designer without any training and trying to explain to the president that the secretary was always too emotional and should probably be fired.

We agreed among ourselves that there are talented people who just have the knack without any training, but the general feeling is that art school offers more than just training a creative needs to be a well-rounded designer.

Since then, I’ve grown and matured, married and divorced that aforementioned secretary, and learned that there are questions to be asked before giving someone advice. By seeing how people feel about dedicating themselves to studies or what they expect from a career in design, I can give them a better suggestion of what they need to do.

What Advice Would You Give on How to Become a Designer?

Surely this question has been put to you by someone. What is it you say? Would you recommend a few classes for the person to see if they truly like design? Would you laugh until the person ran away in tears? Please help out by adding your thoughts in the comments section so I have some ideas of what to tell people without hurting feelings, dashing dreams, or saddling teachers with a student who shouldn’t be taking up valuable desk space. Thanks!