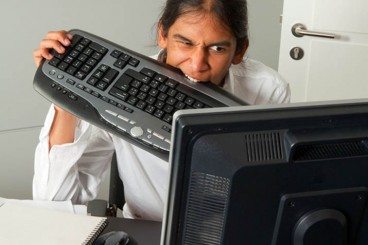 An interesting but really disturbing question came up the other day. I can’t help but feel it was timed for maximum 2014, new year, hope and fresh major depression. It was more a postulation than question, but was one of those biting truths that haunt you for a while.

Most of those who have written in with a design dilemma keep in touch with me, especially if their dilemma was an ongoing problem. One past participant was really pouring her heart out to me the other day. End of the year blues, when most people look at their income and expenses and wonder or dread what the new year will bring. Join us as we delve into another Design Dilemma, helping to answer your questions, queries and concerns about the murky world of design…

She said she was starting to wonder aloud if freelance design was unprofitable as a sole-sustaining business. We went back and forth with me trying to be a supreme optimist but there is only so much tinsel one can pull from their arse.

“I may be wrong and the creative apocalypse is truly upon us.”

Is there a sugar coated view of the coming year for freelance design? No, but that shouldn’t worry you. Are crowdsourcing sites continuing to grow? Almost exponentially! 99designs pretty much covers the globe with branch offices and multiple language sites. Still, that shouldn’t worry freelancers. The influx of designers from two-year diploma programs have flooded the market and rates are being slashed due to the amount of designers who will work for portfolio pieces. Does that affect your bottom line? Probably not. I may be wrong and the creative apocalypse is truly upon us.

I know several people who have been running a one-person design service for many years and will continue to do so. I also know many more freelancers looking for full-time work. They have given up on freelancing as a way to save money for retirement, and some just as a business to pay the bills. There certainly are ups and downs in every business. But some signs are not good.

Then Came the Computer

When everyone could have a computer in front of them, one of the über powers included was the ability to be a graphic designer due to Microsoft Word’s lower functions to make birthday invitations and garage sale flyers.

Thank goodness for Hobo, Brush Script (especially all uppercase) and Comic Sans for included fonts that would bond a relationship with computer owners so the love affair slips over into professional designing.

This has long been the complaint about clients running the design direction, but what of fellow designers? Sometimes the words “hack” or “wannabe” is thrown out when speaking of some other designers, and that starts the heated debate and flaming.

Quite simply, it’s all about competition, and Darwinism. Mainly Darwinism — that frightening practice of survival of the fittest, usually because they are the ones that survive sitting atop the skeletons of others. There was a time a few talented individuals followed their inner yearnings and entered the creative field. When we hear about designers like Paul Rand, Josef Müller-Brockmann or Piet Zwart, it’s because not only were they great designers, but there were fewer practicing designers. Now there are, if you have a family, three or four designers in your own house!

It’s a conundrum that the general public does love design. It’s a common person’s art. From the magazine cover that sits on their coffee table, to the tea packaging that is left outside of the cupboard because it’s a “pretty box,” design surrounds us. Unfortunately, the general public, if asked how much they think was paid for someone to design the beloved cardboard tea box, would respond, “$50?”

“The general public, if asked how much they think was paid for someone to design the beloved cardboard tea box, would respond, “$50?”

With startups being the bulk of freelance business these days, not to mention the overwhelming ratio of digital startups, which affects print designers, there is little to no budget ever assigned to the design end. These are the “opportunity,” “lots of money later” clients who pin your hopes of paying work to their success.

Existing, thriving businesses have used the same designer or design firm for years and will keep doing so until death creates an opening or their go-to designer does something insane, like raise his/her rates. It comes down to the same math environmentalists have spewed for decades; more people in the same world, consuming more resources than that world has, equals strangulation of the species.

So it is with design. Competition graduates from a two-year art school in droves. Where do they fit in? Is there enough room for all to survive. Obviously not. Even some of my peers, who were in heavy hitter positions in the freelance design industry have taken jobs less creative but with high salaries. The draw of the weekly paycheck, health insurance, retirement plans and pensions is quite attractive. I did that for most of my career. Still, there’s something to be said for the freelance position of freedom.

If there is an answer to low freelance billings, then it has to be either increased billings through new customers or charging existing ones more money. If that doesn’t work then you must explore self-initiated projects that drive income and use your creative talent.