Design Dilemma: No… You Can’t Be a Creative Director! 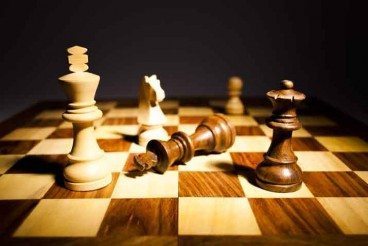 Every beginning designer has the dream and goal of ascending to the position of creative director, and it’s very attainable for most. All it takes is hard work, a great design or copywriting talent, and the ability to manage a staff of creatives.

There are others, apparently, who have the same dream and goal but without the required experience or abilities. Such is the case of a man who wrote to ask how he could attain the position of creative director—with no experience at all! So, join us as we delve into another slap of reality Design Dilemma, helping to answer your questions, queries and concerns about the murky world of design.

I have done my MBA in international business and my passion is all about designing ads. I want to become a creative ad director how could I step my career into this field

While I love helping people who write in with questions and problems, there’s only so much I can write back to solve their dilemmas. I was hoping there was more “Parva” didn’t mention about his background, so I asked if he had any experience in the creative field.

My first question would have to be: have you designed ads for publication? Do you have any art/design training, or is this just a passion you want to follow?

Let me know a little of your background in advertising/training and we’ll go from there.

I never heard back from “Parva” so either the question embarrassed him, or the reality of having to possess creative experience and skills would be a roadblock to attaining his dream. At the same time, I had to shake my head at yet another person who believed creative skills were easy and anyone could be a creative director, which is the highest position a creative could earn while still being hands-on and not just an administrator of a creative staff.

The Reality vs. the Dream

“Competition for one top spot takes a special kind of person and often it’s not a pleasant task. It can be even harder to keep that position.”

Over my career, I’ve heard it all. Designers who wanted to know if after two years as a designer, they could take my position as creative director and just won’t stop asking about it, and beginners who start talking about it, day one, on their first job.

There are also people without any experience who wanted the position of responsibility over a staff of creatives and direction of a company’s products and designed material. When I explain what’s needed to grow into such a position, I’m usually called every name in the book, except my given name. After people read the top ten points of being a creative director, further down in this article, I expect more name-calling.

It’s true that some beginners are hired as the sole creative for small companies and given the title of “creative director,” but that means nothing when trying to move onto a bigger firm, especially an advertising agency. This is not to say that the title at a one-person firm is something to be ashamed of.

I have known people who spent their entire careers working for the same, small company as the sole creative and they’ve been very happy about it. I’ve also known people who worked at large corporations as the creative director but did nothing but administrative work. When they lost their jobs, they were unable to land a job as a creative director, or even as a designer because they didn’t have the practical skills.

Starting as a junior designer, or copywriter and climbing the ladder in a larger firm or ad agency takes time and patience. One must constantly prove themselves above and beyond their co-workers, and that takes a special kind of dedication and thick skin when it comes to a competitive workplace. To do it, you have to dedicate yourself to not making friends with peers and sometimes, stabbing others in the back, sorry to say. Competition for one top spot takes a special kind of person and often it’s not a pleasant task. It can be even harder to keep that position.

If you truly want to be the type of creative director that is the top dog at a large firm with dozens of designers under you, be prepared to work really hard. Here are some of the skills and sacrifices you will need to have and make:

On the other hand, considering all of these points, and requirements, I have known creative directors—and I was one of them—who were glad, even relieved to step backwards into a designer position. Being a designer, responsible only to the design in front of them is easy and rewarding. As for salaries, I made more as a senior designer and art director than I did as a creative director. There are some firms that use the title as the perk for a lower salary. In the end, I’ll take money instead of a title, and happiness instead of the power over other employees.