Design Dilemma: The Changing Mind of a Client 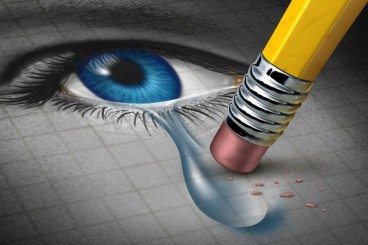 Most people second guess everything they do. When it comes to design, clients usually don’t understand the process. Without guidelines of how you work on a project, you can bet they’ll have their own ideas on what you will do because they are paying you.

It’s an easy fix, but it has to be done from the moment you say “hello!” to the client. Laying down rules after the project has commenced will be met with surprize and misunderstandings between you and your client, so, join us as we delve into another shocking Design Dilemma, helping to answer your questions, queries and concerns about the murky world of design.

“Ava” wrote in, describing her dilemma with a client who has an ever-changing mind, demanding endless changes on a project.:

I have this client I found from a Craigslist ad that wanted some 3D computer renderings done for her new café space. I met with her and everything was legit. She had been on the show, Shark Tank, she had her design ideas and furniture selections picked out and was very organized. We talked about timeframe and cost but not about revisions. Being that this was my first paid rendering job, I thought this was going to be a quick little sketchup/podium project and it wouldn’t take long to finish. Mistake #1: I didn’t propose a contract.

“Ummmm no! I have never ever said or heard anything like that. No one gets unlimited anything in this life and if they do, its surely not for $500.”

I charged her $500 flat fee and asked for 20% of that fee up front. She payed it and I got to work. I send her the 4 screenshot views, she sends me her changes and I fix them. I send her the updated screenshots and tell her to let me know if she has any more changes as I’m going to run the model through Podium (lightning software) the next day. She sends me her changes and I fix them. The next day I spend the ENTIRE day rendering. Half of the day was spent fixing a computer problem, the other half was spent adjusting the lighting to be just right. I even edited the final rendering in Photoshop and added silhouette people. I send her the finished renderings with my watermark and let her know I was going to send her the final invoice. Once invoice is paid, I will send her the renderings without the watermark.

This chick ignores that and sends me more changes (not like change the color or material here or there, but change the furniture pieces, flooring and wall graphics, etc.) I would have NEVER wasted my entire day putting the model through Podium if I didn’t think she was finished with changes.

Being the stupid, nice person I am, I told her to make sure that these changes were final because I’m was not doing the re-rendering process after the model has been put in podium. She tells me, “just FYI, common practice is  on a new concept that there is a unlimited amount of revisions until the branding and direction of the design is right.”

“People who use Craigslist have probably never worked with a professional creative.”

Ummmm no! I have never ever said or heard anything like that. No one gets unlimited anything in this life and if they do, its surely not for $500. I reiterated that she needed to go over everything again and make final edits because I will not be re-rendering. I also stated that if she has any other edits after the final rendering, then I would charge her an hourly rate. She didn’t like that.

I know I should have had a contract that stated how many revisions she could make but I just didn’t think it would take this long or be as difficult. She sent me her final edits and the final wall graphic yesterday. I fixed them and sent her the screenshot and told her I could run the model through podium tomorrow, as it is my day off. My question is:

At this point, I understand if walking away is the best policy but I feel I deserve the rest of my payment for all that I’ve done. How should I proceed if she ends up not liking her final edits and ask me to revise them?

Finding someone on Craigslist (a cheap way people reach out for freelancers, buying or selling items), is considered very risky by most freelancers, and I have never heard a success story coming from gaining a project via the ads. Not having everything spelled out in a contract opens up even more problems. People who use Craigslist have probably never worked with a professional creative.

The Answer is Easy

My response was predictable, as it dealt with contracts and creative briefs, as the dilemmas people have often come down to those two things:

“They’re not changes,” said a client of mine. “The project is evolving!” You’re not alone with your dilemma. Okay, so we see the need for a contract that calls for a specific number of changes or charges hourly for any changes.

“Changes have been excessive and when you think of the quote vs. the scope creep, you’re earning less than $3 an hour.”

I’m going to give you the short solution and will expand on that when this dilemma is published in July. Explain to your client that is customary that one set of changes be made at the sketch approval stage before changes are charged at an hourly rate. Tell her you didn’t ask for a contract because you felt she was up front and trustworthy but changes have been excessive and when you think of the quote vs. the scope creep, you’re earning less than $3 an hour (or whatever you can figure by dividing the $500 by the hours you have spent so far and expect to spend to finish).

Hopefully that will convince her. Otherwise, this could go on for months! I had a startup really argue against negotiating a fee for a laundry list of needs and contractual goals. In the end, they wanted the contract list of projects to say, “and anything else we deem as necessary.” Can you imagine that life sentence?

This woman sounds like she isn’t capable of making a firm decision. She’s second guessing herself, then getting scared and changing again. It’s very common with psychotic, cheap-ass, control freaks. So, if you want to bet on the outcome — you can rightly assume she will make more changes, including calling you in the middle of the night, hours before something is going on press and she wants more changes within three hours. That’s the way she is and you don’t have any sort of agreement in writing.

Ask her for the fees for changes and if she refuses, thank her, turn around and run. When you are safe, send her an email that explains your position as to excessive changes and you can no longer work under the changing conditions of the work agreement, which is only the flat fee. Thank her and say “goodbye!”

Take the $100 (30%-50% is the standard deposit) and the lesson as worth the time and effort. Go to http://docracy.com and find a free contract or invoice form you can download. Read my article on writing up a creative brief, which will let the client know there’s only so much you’ll change. And, I suppose, as many of us make this mistake, never end an email asking the client to let you know if there are any further changes because you’ll be happy to do them, or any language that can be considered to even sound like you’re willingly welcoming further changes. Instead, assert your closing with, “these are the final sketches with your requested changes. I’ll be starting the final stage immediately.”

“That usually makes them change their mind about further design changes or you hear a wondrous story of a land far away where designers know their place, don’t charge any money, shut their traps and do what they’re told. There are also prancing magical unicorns that fart rainbows and piss glitter!”

Make the Client Understand Your Situation

Make the client feel your situation when asking for more changes. Meet further request with, “I made all of the changes requested. Did I miss something?” Then make the peace offering, “oh, no problem on more changes, We’ll be doing these as hourly charges as per our agreement, so I just want to give you a time estimate of $x, half of which is due as a further retainer against the work.”

That usually makes them change their mind about further design changes, or you hear a wondrous story of a land far away where designers know their place, don’t charge any money, shut their traps and do what they’re told. There are also prancing magical unicorns!

Hope this helps. Let me know what happens. She might surprise you and do the right thing by paying you.

“Ava” responded positively to what I had written to her:

Thank You Thank You Thank You!!!! I thought I was going crazy over here! I have learned a serious lesson in always having a contract, even for the littlest things. She sent me an email this morning stating that the changes were to her liking and we are ready to go, so cross your fingers and hope she does the right thing by paying me after everything is done.

I thank you soooo much for taking the time out to help me with this situation.

Fortunately, the situation turned out in the end. I checked back with “Ava” and she replied:

Lesson one is to keep in mind where a client comes from. Craigslist is known as trouble-in-the-making, but can be controlled if the client shows they understand you are a professional and expect professional behavior. That usually, for clients from any source, becomes evident in the first meeting.

“You are in business to make money and not give away your time and work. As creatives say, “it’s artWORK, not artPLAY!”

Luckily, “Ava” was able to convince the client of the correct way to work and that endless changes would cost her more money (that usually stops further changes). When you have no contract or the client spouts ridiculous clichés about their ideas on what they should get for free, a calm and professional explanation can bring a client around to understand you are in business to make money. As creatives say, “it’s artWORK, not artPLAY!

Another little trick-of-the-trade is to not borrow trouble with the wrong words. Asking if there are more changes sets you up for more changes. What “Ava” should have done after her first set of changes, would have been to thank the client and state she was going to go into the final step of rendering the artwork. This sets up the verbal understanding (since there was no contract, that the change option was over and the next step would be involved and take the majority of the paid project time).

After this, any further changes can be questioned as to why the client gave the go-ahead and that further changes would be billed at an hourly rate. The client may argue but you must respond that changes were requested and made as per their instructions. Usually the feeling of embarrassment will stop further changes!