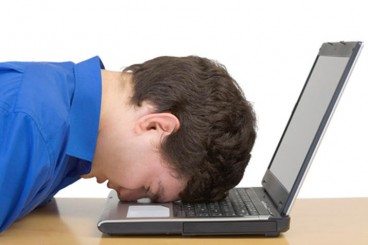 Sandra G. writes:  A startup approached me to do all their graphics (the owner says I’ll be their creative director) and I am getting paid, so it’s not the usual “great-opportunity-do-it-for-free,” but the owner is… well… an idiot. He has these ideas that make no sense, unreal expectations and although I made it clear what I would do for what I’m being paid (30% up front, 30% after all the material is approved and the rest once everything is at the printer), he keeps adding things I have to do. How do I protect myself from further growing responsibilities?

This email started a two-month back and forth between Sandra and me, so it gets even more interesting. Join us as we delve into another Design Dilemma, helping to answer your questions, queries and concerns about the murky world of design…

It seems that Sandra signed on to do all the graphics for a new magazine that has an interesting idea, but who plans on publishing a print magazine these days? The owner was an ad salesperson at a defunct niche magazine and decided he could publish this new magazine. But it seems it is just him, Sandra and, as Sandra found out after a couple of weeks, a financial backer who announced that she wanted to “help” the magazine (but has no experience in publishing).

Sandra was presented with a mockup of the cover and a few pages but said she thought the design was awful and has been trying to convince the owner to let her redesign the magazine. My first question to her was about the web site the magazine has to show prospective advertisers the content of the publication.

Publications are going bust and the smart ones are going digital. Why is the owner set on print when he has a site started and could easily add content and ads immediately?

“This is a tough situation and most of the red flags that would have me running away didn’t surface until after the job began.”

He’s set on the idea of putting out a print magazine and says the web site is just an example of content. He doesn’t even want to continue it when we start printing. My biggest problem was accepting a fee that I thought would be part time so I could continue working with regular clients, just in case this project falls flat, which I’m thinking will be the case as no one involved knows what they’re doing. The owner was supposed to sell ads for the first issue, but hasn’t gotten any so far and now the financial backer wants to play art director to all of my work.

When I remind the owner that this was supposed to be a part time gig, and I can’t risk losing my clients, he says I shouldn’t worry because the magazine will be successful and I won’t need other clients (we haven’t discussed a full time salary yet). I did get paid my upfront fee, but I’m working twice as hard because the owner moved the publishing date up and I’m nervous about getting my second payment on time, the way things are going.

This is a tough situation and most of the red flags that would have me running away didn’t surface until after the job began. I asked Sandra if she had anything in writing about her duties. She said she did email a list of her duties when she first started but the owner won’t discuss it any further and just says that they all have to “pitch in where needed.”

I asked why she didn’t just walk away from a no-win situation and she replied that she had already done twice the work she was supposed to do and wanted to wait for her second payment and would then decide if she would walk away. She hadn’t lost any of her regular clients as of yet but was working late hours and complained that she was exhausted.

“The magazine is bankrupt and the backer is gone!” he insisted. He also told her that if she wanted to be part of the magazine when he finds a new backer (because he knew lots of people with money who will be anxious to back such a great idea), she should be a “team player” and “more flexible.”

I didn’t hear anything further for two weeks until she wrote back, complaining that her second payment was late and the owner kept saying he would give her a check when he saw her and wouldn’t mail it to her although she asked several times for it to be mailed. She wanted to stop working until the payment was made, but was nervous that she would be fired and not paid for the work she had already done.

While I was starting to write her back, suggesting she inform the owner that she couldn’t put any further work into the magazine until she received her second payment, Sandra wrote another email telling me that the owner emailed her that the financial backer had pulled out and the magazine was bankrupt. No further payments would be made. Naturally, she was angry.

The owner tried to smooth it over by telling her that he was going to find another backer and she should finish the pages she was working on and send them to him so he could use them to entice another backer. I told her that she was only beholding to the owner for what he had paid for and nothing more. She should not turn over all of the material.

To her credit, Sandra stood firm and refused to send in the additional pages she had designed and the owner got very abusive about his belief he owns all of the material and that she was paid “more than enough” for all of the work Sandra had done. She refused and upon my advice, informed him that he could have everything when he made the second payment in full.

“The magazine is bankrupt and the backer is gone!” he insisted. He also told her that if she wanted to be part of the magazine when he finds a new backer (because he knew lots of people with money who will be anxious to back such a great idea), she should be a “team player” and “more flexible.”

That was the last I heard from Sandra. It took eight weeks for this whole thing to start and fall apart. While Sandra had a bad feeling about this whole thing, she was lured by the promise of money, being the creative director of what might have been a thriving magazine and the creative freedom she thought she would have. Unfortunately, as I mentioned previously, most of the red flags popped up after she started. Most of the red flags! What could she have done better from the start?

She was just another in a long line of creatives who falls into this kind of situation (this is my all-time favorite exchange between a designer and a would-be client asking for free work). Fortunately, she did make some money out of the deal, which is too often not the case. Every creative has run across someone with a great idea and no money to hire a creative. The promise is usually it’s a “great opportunity,” or a way to “get good exposure.”

The last time I was asked to do such a project, it was promised that I would be the “go-to guy” for all the graphic needs. When I suggested I be given a percentage of the business for my investing tens of thousands of dollars in time, the point person asked if I was “stupid.”

Not stupid enough to do so much work for free.