Design Dilemma: The Wrong Way to Force a Client to Pay 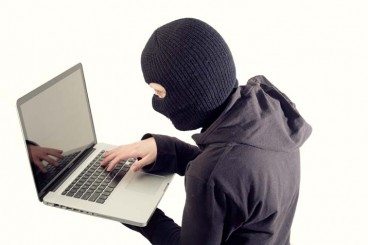 A designer was recently relaying a story about a client who didn’t pay for his website and logo — so she took them both down. If you’ve ever seen the movie, Single White Female, Bridget Fonda is a business app programmer who implants a bug in client’s business software so if they don’t pay on time, the site automatically goes down and there’s a message that if payment is not made within 24 hours, all of the information will be unretrievable. A non-paying client goes over to confront Fonda, and is killed by her insane roommate.

While death may be a bit too much for a non-paying client, in this case the client put up the site again with the logo, and the designer was about to pull it down again. Unfortunately, this action can get you into huge legal trouble. So, what can you do when the client doesn’t pay and you feel the only recourse is to deny them of your design work? Join us as we delve into another murderous Design Dilemma, helping to answer your questions, queries and concerns about the murky world of design.

“Pat” is a real firebrand but her solution to getting paid was not a legal one:

“I did branding and website design for a company with little money up front because of the relationship I had with the marketing VP (she has since left being owed money as well). Many site updates later, logo delivered – I began demanding a payment. When there was no response to emails or phone calls I took down their site.”

“Many site updates later, logo delivered – I began demanding a payment. When there was no response to emails or phone calls I took down their site.”

“A short time later, they created a new, less impressive one using the logo I had designed that they had not paid for. Since I still had access to their file manager I deleted my logo from their site. It will surely pop up again… it will be deleted again… it’s a game that eventually I intend to win.”

I told her that this was a dangerous action as there was a case of a designer who did the same to an ecommerce site and was hit by a judgement against him for lost revenue while the site was down (over $100K I seem to remember).

“I think you should contact the site owner and offer to replace the site and logo if you are paid and claim the work was copyrighted material that they had no rights to publish until payment and the copyright is properly transferred in writing. This way, at least you’re covering your ass legally by notifying them about their breach of the copyright law.”

“I wouldn’t lose sleep over it, but CYA is important. If they replace the logo again, send them another message claiming they are once again breaking the copyright law and each breach can be punished with fines up to $250,000 per infringement. Then give them one last chance to pay up.”

“If they balk again, contact them and inform them you will be turning collection over to a collection agency, which will negatively affect their business credit and could lead to a lien on their assets. This is where I have usually been paid.”

To a web designer, it makes perfect sense that non-payment for a design should deny the client the right to use it. Unfortunately it’s not.

As I pointed out to “Pat,” the strength in her case, as with any designer, is the ownership of the copyright and the legal damages that the client can be liable for when it comes to non-payment.

As I always say: HAVE A CONTRACT! You are not going to scare off a legitimate client by issuing a contract/purchase order/designer confirmation. Whatever you call it, the contract terms not only protect you AND the client, it is the only legal way to transfer the copyright (when a client refuses a contract, I’ve told them that the only way to transfer the copyright is in writing and without a contract, I could turn around and assert my rights to the copyright and they will be stuck). You also need a contract to assure you of legal fees if you need to hire an attorney.

“I removed a clients website from the internet for non-payment of website design service after all efforts to be paid was exhausted and the account was several months past due (by the way…they are doing this to other businesses in town). Now the client is claiming they are turning this over to their lawyer, claiming we severely harmed their business.”

Without a contract, you still have the law behind you. A client cannot keep up what is legally your copyrighted material without paying for it. That does sound confusing. If it’s legally yours, then why can’t you just pull it down? Again, according to the law, the intent (intent is legally the keyword) is that you are selling the copyright to the client and they rely upon that website for business income. You can be cited as being responsible for a loss of their business, while they can be cited for copyright infringement. The law is confusing but there’s a basis of fairness somewhere within it.

Another web designer posted the very same problem on a different chat board:

“I removed a clients website from the internet for non-payment of website design service after all efforts to be paid was exhausted and the account was several months past due (by the way…they are doing this to other businesses in town). Now the client is claiming they are turning this over to their lawyer, claiming we severely harmed their business.”

If legal push came to shove, the web designer would be liable for lost business for the 24 hours the website was down, although it is up to the business to prove they lost business and how much it amounted to over that period. LIkewise, while there are certain set levels of fines for copyright infringement, most awards are based on actual damages.

I would post the copyright law dealing with infringement and damages here, but that would turn this article into a book. You can read more about it.

As for “Pat,” she is now on the right path for solving her non-payment problem:

“Sage advice. There has been attorney involvement – stating, among request to pay balance, that they will be turned over collection. I just haven’t pulled the trigger on that piece yet. Your suggestion to notify them of breaching copyright laws is excellent!”