Design Dilemma: Can an Employer Claim Rights to Your “Style”? 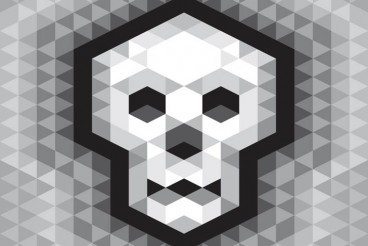 Everyone has been fired from a job. It’s shocking, depressing and degrading but everyone goes through it. As business author, Harvey McKay pointed out in one of his books, “before you fire someone, ask yourself if you want that person working for your competitor.”

When I was let go from a large greeting card company, the exit interview included ten minutes of why the company had to let me go and fifty minutes of the HR person explaining why I wouldn’t want to go to work for their competitor. Eventually I did go to work for their competitor and, as I explained to the HR person, “unless you are going to kill me, you have no control over my career.”

Yes, there was a non-compete agreement for one year but beyond that, I was free to do anything I wanted to do. Some companies just can’t let go and want to stop you from continuing that career. So, join us as we delve into another Design Dilemma, helping to answer your questions, queries and concerns about the deadly world of design.

Get yourself a cup of tea, coffee or mug of vodka, because this is absolutely riveting and unbelievable. You may want to stop reading right now if you are the jittery type that has nightmares too easily.

I was Art Director for a local firm for many years. They hired a new Marketing Director who decided that they needed a new visual direction and I was canned. Not too long after, I was hired by one of their major competitors.

Recently, the first company began threatening my present employer and myself with legal action if I don’t change my designing style. I’ve developed this “style” during my many years as a designer, most of which long before I joined that company. This threatens my present job and the sole source of income for my family.

At this point I still have a job, but that is now tenuous. This whole matter seems utterly ridiculous. I can’t stop being what I am. I wonder if any of you have thoughts on this, or recall anything else like it.

Can an Employer Claim Rights to Your “Style”?

We all present a portfolio of our past work when interviewing for a new job and that’s one of the major deciding points that gets a designer hired. So, can an employer claim that “style” for their own? Is it intellectual property or just what a designer develops over their career, based on personal style and likes? My answer to “Ken” was pretty straightforward:

“We all present a portfolio of our past work when interviewing for a new job and that’s one of the major deciding points that gets a designer hired. So, can an employer claim that “style” for their own?”

If there’s a non-compete agreement (which is usually one year) then that is one factor, but as you were let go because your design style didn’t match the company’s “new direction” then there is no conflict of interest.

Assure your new employer that there will be no problem with them being in any legal entanglement (they are probably more frightened they will be forced to spend thousands just to deny any allegations of complicity) and hire a lawyer to write one simple letter stating that there was no non-compete, your design “style” is a personal style learned over the length of your career, spend the $200-$300 to have it done and chalk it down to a miserable former employer who preferred you didn’t go to work for a competitor.

The first company’s lawyer sent me a Cease and Desist letter which made note of and included a ‘non-disclosure and non-compete agreement’ I had signed in 2009. However, it’s 100% pertaining to non-disclosure (Don’t give away trade secrets, etc). It does not contain any ‘non-compete’ verbiage at all.

The only thing I could think of for a situation such as this, was to play it on a legal level as “Ken” could be facing huge legal bills if his former employer wanted to throw away thousands of dollars just to be vindictive.

You could just write back and say, “take me to court!” It’s doubtful they will spend the $3K+ needed to just get you into court. If they do, show up “Pro Se”(representing yourself) and plead your case to the judge who will throw the case out. It just doesn’t have any merit and they can’t deny you a living in your profession when it doesn’t reveal any secrets from your previous employer and they didn’t train you in design, thereby building the “style” to which they are making a claim.

Hallmark Cards and American Greetings would hire people from each other all the time and no one ever got sued over the non-compete agreements. Apparently it’s very hard to enforce these agreements and if your contract had nothing about non-compete, then you are in the clear. They’re just being d!cks, trying to scare you.

When I worked for MAD Magazine, we would get plenty of letters, threatening lawsuits. The publisher always answered with two words and they weren’t “Happy Birthday.”

“Ken” was still frightened by the prospect of not only losing his present job, but of dealing with such nonsense:

I wish it were that simple. It’s not color or fonts or anything specific, they just want me to change my design style. Here’s a direct quote from them that was sent to my current employer. “Return to your previous design style or create an new entirely unique one. We will be watching all advertising and marketing that comes out of your organization and will pursue any infractions.”

Some might construe that as an invitation to hire a different designer. It looks like they’re not too pleased with the newly invigorated competition, with the request to go backward.

“Ken” agreed he’d have to spend the money to have a letter drawn up and submitted by an attorney, addressing the charges and threats of his former employer. It’s unfortunate that he would have to spend a few hundred dollars, and perhaps more if the company were to write back and the response would have to be answered yet again, but in the long run, it’s the only thing he can do to cover himself, as well as his present employer, legally.

“Unfortunately, with some states passing “right to work” laws and other laws protecting employers, the atmosphere is not in favor of employees.”

When you are first hired by a company, they may insist on a non-compete and non-disclosure agreement, as well as an “at will” work agreement, which means they can fire you at any time, for any reason (which may exclude you from any sort of compensation or severance). At that point you can sign it, or walk away. Unfortunately, with some states passing “right to work” laws and other laws protecting employers, the atmosphere is not in favor of employees.

“Ken” should be fine and keep his present job. Unfortunately, no one can, or should take a financial hit such as this to fight with a former employer who would rather employees being let go would just pack their belongings and then jump off the highest part of the building, into a volcano of red hot magma, disappearing forever.