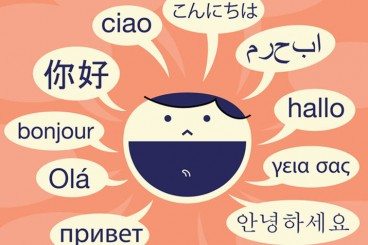 Dina T. Writes: I deal with several foreign clients who speak English fairly well, but I find that even though terms and fees are approved, at the end of the project, they act like we never agreed to anything. Are they doing this on purpose? Is it a cultural thing, or just language differences, lost in translation?

Dina asks a very good question. As we become a globalized economy, every party involved has to understand culturalisms that drive certain ways of negotiating. Once you accept the differences, working across borders is a great thing, and the future for freelancers, as well as corporate entities. So, whatever your language or nation, join us as we delve into another Design Dilemma, helping to answer your questions, queries, and concerns about the murky world of design…

Design Shack, published in England, has a global audience, so let me be as blunt and removed as possible from my own country and culture. I too have a large global clientele, and to be truthful, I prefer dealing with other countries. Once an understanding of business dealings is established by all parties, barriers are non-existent.

My first global client was a large Japanese conglomerate with an office in New York City. I was young, and luckily my sister was studying international relations. She was able to give me some handy tips on dealing with the Japanese. Small things like how to introduce myself, the importance of presenting, and accepting a business card, when to bow, how low to bow, and how to handle negotiations to “save face’ not only for myself, but for those with whom I was dealing was a real eye-opener. The Japanese, however, are one of the easiest cultures I have dealt with since.

“At that point, she should have hung her head, moved back from the conference table a foot or so, and someone else should have taken over the meeting after begging forgiveness for the mistake.”

Many years later, while working with a large corporation, a few of us were chosen to meet with some executives from a Japanese tech firm that had a technology we wanted to incorporate into our products. The person who was heading the meeting was known for not being the smartest person around, and refused my tips for dealing with the Japanese.

She proceeded to be insulting to them by casting dispersions upon their technology when she loudly told them their product didn’t work. They were flabbergasted, and ashamed until they discovered she had neglected to remove a small tab that said, “remove tab before using.”

At that point, she should have hung her head, moved back from the conference table a foot or so, and someone else should have taken over the meeting after begging forgiveness for the mistake. Instead, she made excuses, blamed the size of the tab, and it was obvious that the Japanese executives had decided not to deal with such a rude, and stupid company.

“I think that went well,” she announced in the debriefing after the meeting. “We won’t get it,” I explained, and relayed why. She rolled her eyes, but sure enough, the tech company went with a competitor, and when layoffs hit our company, I was gone and she was promoted. Sigh!

There are cultures that use what they feel are standard negotiating tactics that are considered rude and underhand by Americans. Some cultures… for the lack of a better term, “lie” as part of negotiation, and it can get very tense. It’s not personal, and it’s not considered lying by those cultures.

By the same token, there are cultures that will purposely quote back terms put forth by you, and have fees, and rights completely wrong, and insist, despite everything being in the same chain of one email, that the fees, and rights they repeated are what you originally said. Again, it’s not personal, and it’s not an insult. It’s just the way business negotiations are done in their culture.

Once these negotiations are done, however, and both parties are happy, payments, and rights are strictly adhered to. Only in America (and one or two other countries, to be fair), is there an argument about the contracted amount, and rights after the project has been completed. Shame on those countries!

There are also many cultures that expect you, as the vendor, to offer a discount for future service once a relationship is established. Again, this is normal, and if you miss the clues they put forth about about a discount, they will ask for one. Don’t be insulted — it’s normal, and a part of their way of doing business. Negotiate something that makes both parties happy, and you will enjoy a solid working relationship.

Now, can you imagine what other nations must think of doing business with America? One glance of the site, Clients From Hell, or viewing a couple of reality TV shows, and they must think we are a nation of insane, drooling morons.

The nightly newscast of American politics is no help in dispelling that image, either. As soon as I can find evidence to the contrary, I’ll certainly argue that point! Of course, even with the same language, creatives and clients too often can’t seem to communicate with each other effectively. Again, the entries on Clients From Hell attest to that not so unique problem.

Different is Not Bad

With any nation or culture, there is an important business acumen that both parties strive to understand: respect for both parties is the utmost! Learn negotiation techniques for the culture with which you are dealing. Understand their differences, work within those differences, and you will have a strong working relationship.

Language can be difficult, especially American English. While most of the world speaks English as a second language, only Americans lack the language training practiced by the rest of the world, and when Americans use colloquialisms (slang and pop culture references), it will only confuse communications.

“You may do something wrong, or your client may think you’ve done something wrong when you haven’t. Apologize! You may be “saving face” for the client, and that’s what’s important.”

If there is a misunderstanding, and there will be, remain calm, and work it out even though you may have to repeat yourself several times. When in doubt, simply ask again!

You may do something wrong, or your client may think you’ve done something wrong when you haven’t. Apologize! You may be “saving face” for the client, and that’s what’s important. Pride is overblown when it comes to business dealings across some cultures. Arguing whose fault something is, especially if nothing has gone wrong, is counterproductive, and will only lead to insulted feelings. Just let it go for the good of the relationship.

Foreign clients understand that Americans, as well as other nationalities, have different ways of doing business. Some nations have been dealing with each other for centuries, and have found a common ground long before Columbus set sail. As long as respect, transparency and a desire to work together is part of the negotiating, and working process in every nation, and all cultures, we can continue to make the world a little smaller by working together across all barriers that may exist, and, hopefully, be broken down.