Design Dilemma: How Do You Know When You’ve Been “Fired” by a Freelance Client? 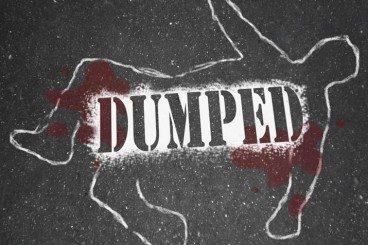 Hans G. writes: A regular client of mine hasn’t returned any of my emails since I finished a project two months ago. He said he liked the finished site, and there weren’t any problems with payment or anything else. He mentioned another project coming up at the time, but I haven’t heard anything yet, despite a few emails and a couple of phone messages. I just don’t know if he’s done with me as a designer. I was really counting on the regular work for my income, and I have to pay my bills… really soon!

Well, Hans, we all go through this. I get regular payments as a retainer for ongoing work from several clients, and I sweat those payments every month if one is a day late. A little paranoia, a little worry, and I always wonder what I can do to stop the crazy feeling I get every month. Perhaps there’s a way of doing business so you know exactly when payments will be received? So, join us as we delve into another Design Dilemma, helping to answer your questions, queries and concerns about the murky world of design…

Freelance is a Day to Day Business

Why do we get so nervous and paranoid when we don’t hear back from a client? Well, we have bills to pay and replacing a client takes a lot of time and effort. Recently, a long time, regular client stopped answering my emails. After two emails, I got a little nervous. After four emails, and several weeks, I panicked. Luckily, I had an email to another contact at the client’s company, and wrote to ask if my contact had left the company. A few hours later, I received an email from my contact, saying he had found my emails in his trash folder, and he apologized up, and down, left, and right.

“I finally managed to get her on the phone, and she informed me that my “style” didn’t match her “visions” for the magazine… the one I helped build up from the ground.”

I admitted that I wondered if I had been fired and he assured me I would be working for that company long after he was gone. I felt a peaceful calm, but it showed me I should accept more projects, even if I had to sacrifice some sleep, and weekends. That is the life of a freelancer!

There have been some instances where I was fired without being told. The worst example was an art director who replaced the art director I had worked with for years. Oddly enough, I had gotten her that job and after two months without an assignment, my calls, and messages went from, “hi, let me know when you want the next assignment done,” to, “why haven’t I heard from you?”

I finally managed to get her on the phone and she informed me that my “style” didn’t match her “visions” for the magazine… the one I helped build up from the ground. I guess she didn’t last long, so her “vision” didn’t work, but, by then, everyone I knew there had moved on, and the magazine went out of business. Some years later, she applied to be my assistant at a large corporation where I was employed. I threw her résumé in the trash. A good lesson to communicate honestly with people, as well as how to return a favor!

The financial hit did hurt, but I did manage to replace the client, and income fairly quickly. Again, another lesson in not getting too comfortable with a freelance situation. There are never any guarantees.

Be Honest with Yourself

“The biggest lesson, however, is to never stop looking for new clients.”

Some people will admit that, although they did their best on a project, and the client gave it rave reviews, sometimes there are afterthoughts, or poison spilled by a hater, or, sometimes the freelancer takes the fall for an internal problem, which was no fault of theirs. When the communications stop, you have to ask yourself several questions:

The answer to all of these questions is; keep trying until you have an answer, good or bad. There is no death penalty for trying, and who cares if you seem pathetic? The fact is; the client is pathetic for not having the guts to speak with you, or it’s all a mistake, and you will have your client back, and if that’s so, the relationship will be stronger than before.

The biggest lesson, however, is to never stop looking for new clients. The worst thing that can happen is you have too many, in which case you can hire an assistant to help, or fire the worst client you have, and replace them with a better one.