Design Dilemma: What Is Too Rough When It Comes to Getting Paid? 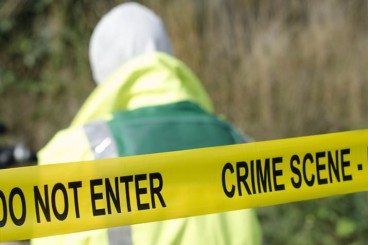 No one truly knows the exact reason people don’t want to pay for design work. Is there just some inner hatred for creatives? Were most clients the kids in school who told on us to the teacher because we were drawing in our notebooks, instead of taking notes on Algebra, which as we now know, is useful every waking moment of our lives?

Atara P. writes: “My dilemma is more of a question about a method that I used recently to get an unresponsive client to pay up, and if it’s a tactic that’s ok to use?” Sounds delicious and evil! Let’s all take a look, so join us as we delve into another Design Dilemma, helping to answer your questions, queries and concerns about the murky world of design…

A Non-Paying Client is Not a Client at All!

“My contact at the company was a friend of a friend,” Atara continued, “who was in charge of the design I was creating. She was reasonable to work with, and when the work was complete, she asked for my address to mail the check to, and I happily sent the work over, believing that the check was in the mail. When I hadn’t received it after a couple weeks, I emailed her again to let her know. She responded that she had left the company, and provided contact information for her supervisor, saying that the supervisor was aware of the situation, and that there shouldn’t be any issues.”

“Do you think that a client will be willing to risk calling the designers bluff? I’m not saying I’d suggest this as general practice – just as something to keep in our back pockets for those clients from hell we’ve all come to know and love.”

“When I got in touch with the supervisor, weeks would go by between responses. When I requested payment again, she asked for an invoice, which I wrote up and sent. When I followed up a few weeks later, she asked for it again. No response for a month, and when I emailed, she informed me that the company was making changes and that she wasn’t able to make payments off any accounts until they were complete at the end of the week. As you can guess, there was no contact until I emailed again, asking if she was able to pay yet. She then adopted a new strategy – I received no responses at all for almost three months, to any form of contact.”

“Now, I’ve learned from some of my mistakes. I had no contract saying when they needed to pay me, and I didn’t wait to hand over the work until I’d received the money – mostly because they told me the check would be in the mail and they were in a rush to get the ads I’d created into a magazine being printed that week. However, what I really want to know is how, as a designer, we should feel about pulling stunts like threatening a client with debt collection. A few people have told me that they won’t do it because it’ll cost them the client – and I agree. But if it’s gotten to the point that I need to play the collections card, I generally wouldn’t agree to work for them again. Honestly, I was happy to see this client go.”

“My other question is this: I had nothing to worry about by telling them that I’d be sending a collections agency after them, since my relative who’s a collector would be more than happy to make a couple calls for me. But for me, it didn’t even have to go that far. The simple statement that I’d sent the account out was enough to get the check mailed the next morning. What would be your thoughts on a designer pulling this card if they didn’t have a way to back that up? More specifically, do you think that a client will be willing to risk calling the designers bluff? I’m not saying I’d suggest this as general practice – just as something to keep in our back pockets for those clients from hell we’ve all come to know and love.”

So… What’s the Problem?

I’m not sure why threatening collections on an unpaid bill would weigh heavily on your mind. Read, “The Good Fellas Way to Collect from Bad Paying Clients” and you’ll see real anger and extortion of clients. It was obvious that you weren’t going to be paid from the nice approach, so you took it to the next logical level. You got paid, and the client got to keep a clear credit record… maybe.

This is one of the reasons to have a contract that spells out when the account will be sent to collections, but also who will pay the fee of the collection agency, which can be as high as 25% of the total invoice. A contract will also spell out late payment terms, fees, interest, etc. Naturally, even a contract won’t keep a bad client in line. A contract keeps a bad client in line legally, but not morally.

“Most businesses don’t like a mark on their credit that they don’t pay bills in a timely manner, or at all. It affects their ability to purchase office machinery, supplies and services.”

There is great confusion about using court or a collection agency to get paid. Here’s some simple guidelines:

If the client believes you didn’t deliver in a timely fashion, not what was requested, or even if they feel they don’t have to pay because they dropped the project and feel they aren’t responsible for ordering the work, then you need to go to court to prove the work was delivered as per contractual terms, and/or the creative brief (although you should have both).

The court will, if you are lucky, award you the fee… and then you have to go after the client to actually get paid. In some countries, a court order is paid at the close of a hearing. In America, you may win a judgement, but the client can not pay, even if you put a lien of their bank account, house, car, etc.

A court judgement can be sent to a collection agency. Also, you can send an overdue invoice if there’s no question of the work being accepted, and most of all, used. Most businesses don’t like a mark on their credit that they don’t pay bills in a timely manner, or at all. It affects their ability to purchase office machinery, supplies and services. So, was it bad to use your threat, with no way to back it up?

Sure! If the client didn’t respond, you could decide to go through collection, but even if you didn’t, it’s not a threat that will land you in jail (like the Good Fellas ways mentioned in the linked article mentioned at the beginning of this article).

Of course, the new way of doing freelance work is a contract, creative brief, print out and keep all emails, deposit up front, milestone payments along the way and a final payment at delivery. Simple, easy, comforting. If you run across a client who doesn’t want to pay before 30 days after delivery, then take it as a red flag. There will be trouble.