Design Dilemma: What to Do When Your Ideas Aren’t Credited to You 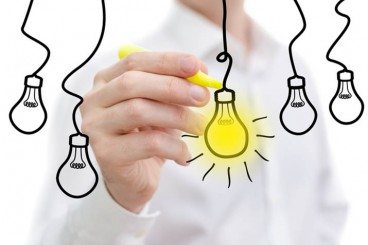 There were several letters this month that asked about problems with retaining credit for ideas people had, that were ultimately taken by or given to others. It’s actually a huge problem, especially for those who are creative (the “crazy ones” as Steve Jobs referred to us) and formulate the ideas. Of course, there are ways to stamp your name on your brain babies.

So, how do you retain credit for your ideas? Join us as we delve into another Design Dilemma, helping to answer your questions, queries and concerns about the murky world of design…

Corporate or Small Studio: Is There a Difference?

“After it comes out of your mouth, it becomes the property of the studio and will be credited to “the team. Get on board and don’t demand credit. You’ll seem desperate and self-centered.”

Having worked at small design studios and in large corporations, I’ve seen the differences in how idea consideration goes around. In a small studio, it may come up in a brainstorm of four or five people (basically the entire staff) or just in a conversation, but everyone knows it was your idea. After it comes out of your mouth, it becomes the property of the studio and will be credited to “the team.” Get on board and don’t demand credit. You’ll seem desperate and self-centered.

In a small environment, people know who has a cutting-edge mind for ideation. You will have your place for your ideas. At one place, people would come up to me and say, “You’re funny. How would you add some humour?”.

I was the “funny idea guy,” which is a title I wore proudly. I hoped it would make me invaluable. I did, however, undervalue my contributions to the studio’s success with clients. The owner stopped giving me pats on the back as the ideas became part of my day-to-day operations and it just expanded my job duties, but not title or salary. Still, I stood out for my contribution in the sight of coworkers.

“In a corporate structured company, there are many levels of idea approval. From your hand to the person in charge of innovations, then to marketing, then someone else, on to seven more people who do something for the company, and eventually you hear that the idea wasn’t used.”

In the end, the only consideration is; do you get fairly reimbursed for your ability to formulate great solutions and initiatives? In a small design studio, if you continue to grow with the studio, evolve as a designer and keep coming up with great ideas, you could attain a partnership. You might also be milked of ideas and then booted out.

In a corporate structured company, there are many levels of idea approval. From your hand to the person in charge of innovations, then to marketing, then someone else, on to seven more people who do something for the company, then eventually you hear that the idea wasn’t used.

You go back to your desk, and your idea is filed away for future consideration. It’s filed, however, not in an Indiana Jones-type warehouse. All ideas are in a database. Either it’s just a folder with ideas via email or interoffice envelope, or someone is in charge of preparing and filing ideas as digital records with a searchable database.

When one of my innovations appeared in a company newsletter, raving about the sales of the second year the product was on the market (awaiting the third year) and how much income was made on sales. It was impressive.

Do You Deserve Credit?

“In a corporation, where your performance reviews are your lifeline to employment at the company, it helps to have a few blips on the résumé, especially where innovation work is concerned.”

I couldn’t figure out why my name was left off the credits for the product. To make a long story short, I went to my immediate manager, like a good little clone should do (the knife in a pocket was my idea) and asked his assistance in finding out why I was so absent from the credit.

His first reply was for me to make sure I have proof in writing next time. I showed him the forms I had to fill out and sign when I submitted the design to the innovations manager, product design sketches, emails, etc.

He cocked his head a bit to the side, raised his eyebrows and shrugged, wearing a smile that said, “sorry, but it’s not going to happen.”

Now, this may sound petty and small, but it was from work done by myself and pitched to the right person, so there wouldn’t be a team effort question. Another consideration, which is always the primary reason anyone should do this, is the anonymity of the corporate world. Had I been named as the designer of the successful product, my visibility with the CEO and other executives would put me on the radar, earn high level allies and have some strength where my manager was concerned.

In a corporation, where your performance reviews are your lifeline to employment at the company, it helps to have a few blips on the résumé, especially where innovation work is concerned.

I’ve said this before, so I will inevitably be saying it again, but it’s better to release a little bit of innovation in your own work everyday. That helps the company. Allowing others to ride along with a big innovation may be needlessly sharing credit but in the long run, you make these people your allies and when it comes to the right recognition, they will take you along with them… because you do things that make them look good.