Design Dilemma: Why a Contract Is Always Necessary! 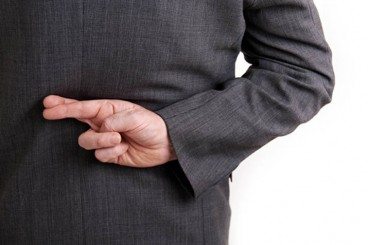 Join us as we delve into our first “Design Dilemma”, helping to answer your questions, queries and concerns about the murky world of design…

Jody L. Writes: I have a simple logo project that should have taken a week and because of changes and indecision on the part of the client, it became two months of hell. Now the client is refusing to pay for changes. I delivered the logo and the client has already printed it. I don’t have a contract or anything. What can I do to get paid the full amount and for the changes?

Well, Jody, you are in the same trap many in which many designers find themselves. You laid out the job, made the quote and probably thought you would submit three or four logo concepts, get an approval, finish the project and the check would be handed to you or arrive in the mail 30 days later? Unfortunately you had nothing in writing, which is a big problem.

Again, you are in good company as a recent designer poll reveals that 39% of designers don’t require a signed contract. The numbers are probably higher as I’m betting some of the respondents were embarrassed to admit they don’t use a contract.

Unfortunately, a contract, engagement form, purchase order or work order, whatever you call it, should be used 100% of the time. What we do is artwork and not artplay. Business is business and if we don’t act as professionals, there is no reason clients will treat us as such.

For every project, you should write up a creative brief with your client. Sitting and exploring the parameters of the project, the clients needs and desires clears out most misunderstandings that occur later in a project that lead to multiple changes.

“Design is not a magical process where a client requests a logo and it just appears one day — TA-DA!”

Design is not a magical process where a client requests a logo and it just appears one day — TA-DA! Design is a process of discovering the client’s needs, branding, hand-holding in a process of creativity non-creatives don’t understand, as well as professional consideration for both parties.

Did the client understand that changes were limited or the extra changes would cost more? If not, then he/she is thinking you have no right to ask for extra money. If you said it, perhaps they don’t remember? Perhaps they don’t want to remember?

Before any design work is executed, the client should receive and sign (or use a contract emailed for an electronic signature) a contract. Here’s where it gets tricky for designers dealing with a small or sole-proprietor business. The most common reasons a contract is not used:

Contracts are Part of All Businesses

Clients sign contracts all the time. For phone service, space leasing, office equipment, cleaning services, etc. Design is a service and they should sign a contract for that, too. If not, you are borrowing trouble.

Trust is part of any business dealing. As I once replied to a client who said a contract wasn’t needed, “I do trust you but if you’re hit by a bus, I need a contract to keep the project going with your replacement, as well as the terms to which you and I agreed.” Another approach is to remind the client that the copyright law says that the copyrighted material can only be transferred in writing and a contract protects him/her/the company from any future copyright issues that might arise.

Never start a project without a contract! If a client says “it’s coming soon,” then tell them you have to wait for it to arrive. What you agreed upon and what’s in their written contract may (and probably will) be different.

Finding pre-written contracts is easy. Docracy.com offers free contracts and has plenty for designers, including versions that can be emailed to a client, with a codicil that once the project starts, the contract is considered acceptable by both parties. No signature needed.

Why be timid about getting a signed agreement? The client won’t like you? The client will be insulted you don’t trust them? The client may not want to give you the project? Grow a pair! If you are afraid of the word, “contract,” then call it an “engagement form.” Call it a “fluffy bunny” if you have to, but get it in writing!

The business world is a tough place and not a land of prancing glitter unicorns that fart rainbows. Darwinism kills off the weak and to survive, you have to lock horns at times and a contract gives you the weapon to win battles.

Does a contract assure you there will be no excessive changes and you’ll get paid in full? Unfortunately, it won’t but it will do several things to help, such as:

“The business world is a tough place and not a land of prancing glitter unicorns that fart rainbows.”

So, Jody, a contract would have limited the amount of revisions or at least assured you of fair payment for the changes and the extra time you put into the project. As for the request to cut your final fee, you would have to rely on the client understanding your contract was for a certain amount and he/she has agreed to that full fee. What’s more, the client has no right to print or publish work for which he/she hasn’t paid. He/she is in breach of the copyright law (U.S. — other countries have different laws about property and theft thereof).

A contract will help you prove that and is a big bargaining chip in court (work is used, so the fee is expected in full, plus other possible fees and damages due the designer). You can try small claims court and hope that you can get at least some payment as the logo was delivered and used, but the amount may be contested by the client. Unless you have something… anything in writing, you may have to settle for much less than you deserve or originally quoted. That’s the problem with a project agreed to on a handshake.

Also, save all emails between you and the client. If there are any changes or requests that pertain to contractual limits, attach copies to the contract as you may need them later. As a freelance designer, you are also a business owner and it’s not all design time. Part of it is the not-so-fun stuff as administration and contracts are part of that. Hope this helped you out.