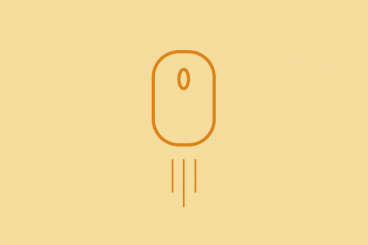 Scrolling is a key component of any website design that extends beyond a single landing page. Anyone who thinks the scroll is dead needs to jump out of 2005!

Scroll actions move users through content vertically or horizontally and are a commonly accepted user pattern. The scroll is alive and well thanks to plenty of interesting design techniques and a shift toward accessing full websites on smaller screens. Let’s take a look!

6 Ways to Use Scroll Actions 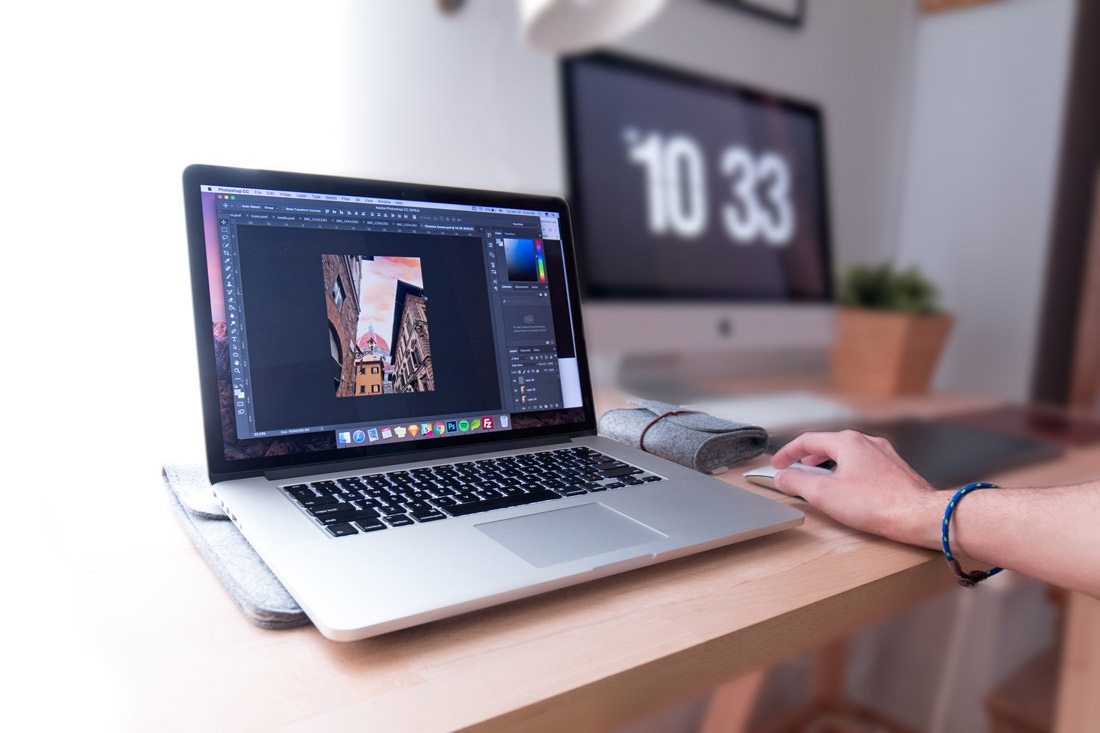 A scroll action is not just some nifty trick for your website design. It needs to do something, and lead users to engage with specific content or perform a certain action. Unless those criteria are met, scroll actions are just silly tricks.

There are a few different ways to engage users with scroll:

Now that you have an idea of how to design scroll actions, get inspired by some examples of great design. To make the most of all the examples below, make sure to click through to the websites and play around to get the most of each interactive experience.

You’ll note that every project approaches scrolling just a bit differently. Some are more intuitive than others, but all provide an interesting baseline for getting started. Enjoy! 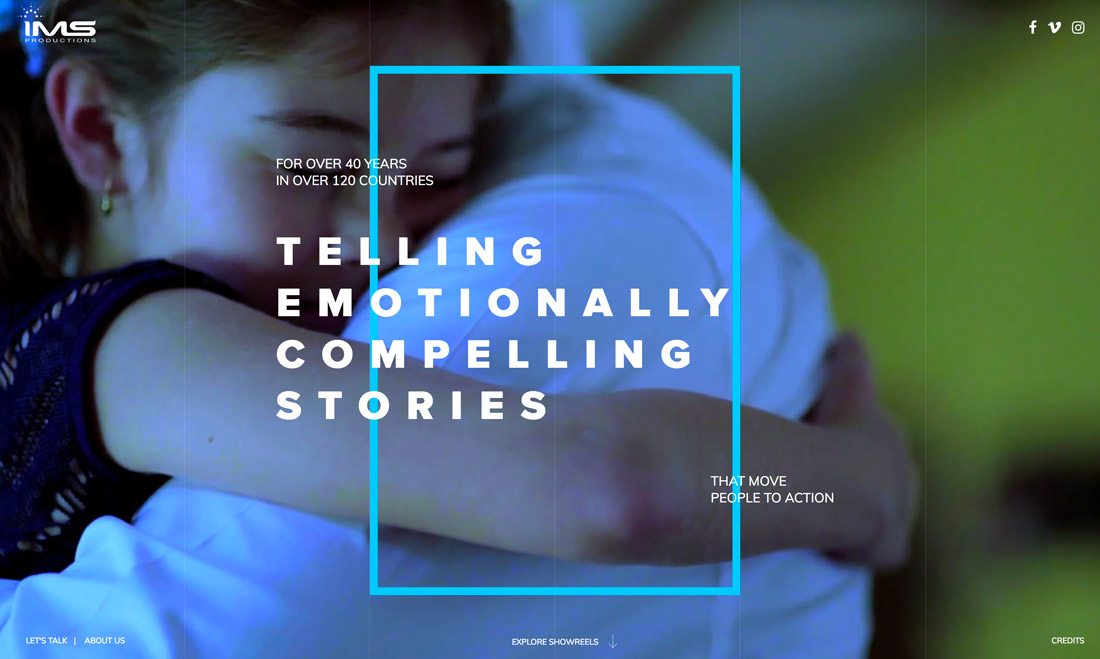 IMS Productions uses vertical scrolling to effectively present stories one “screen” at a time. Each scroll takes users to a new profile that fills the screen and offers a mini experience of its own. Note the subtle vertical lines and arrow that all direct users to scroll throughout the website design. 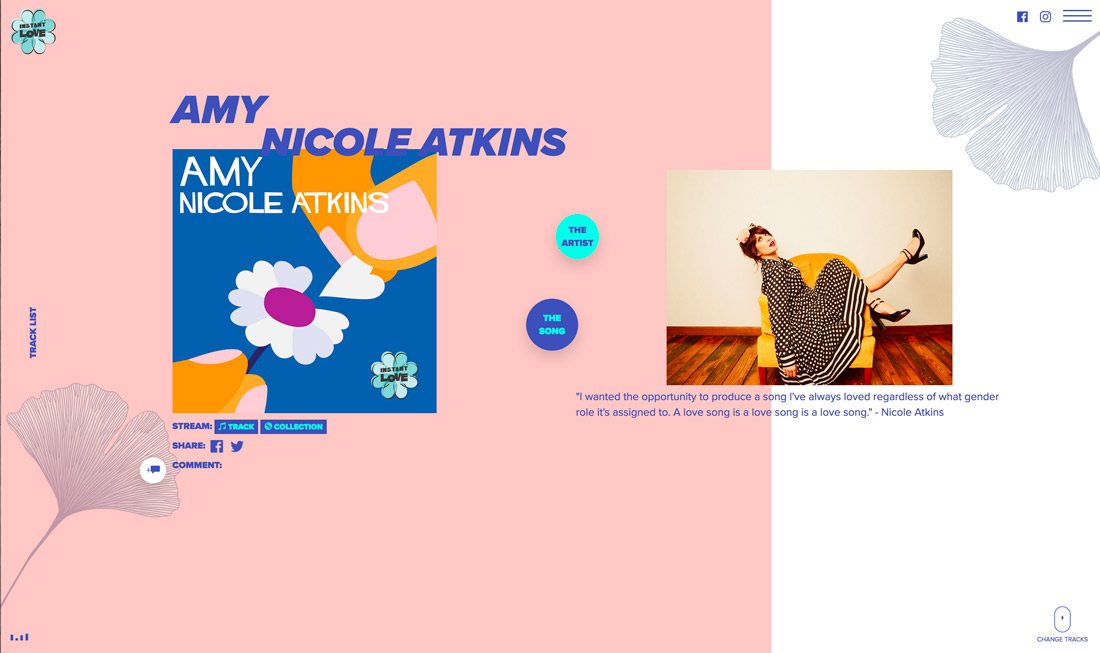 Instant Love pairs scroll actions and sound for a music experiment that’s a lot of fun. Every scroll action presents a new song for the user to listen to, complete with track and artist information. Scroll actions are used as a game to encourage engagement and interaction for an extended period.

Smart USA uses a lot of cool scrolling techniques, including a 360-degree view, to help sell cars. This type of scroll feature can be valuable for e-commerce and product sales because users can explore products in more detail than with images alone. 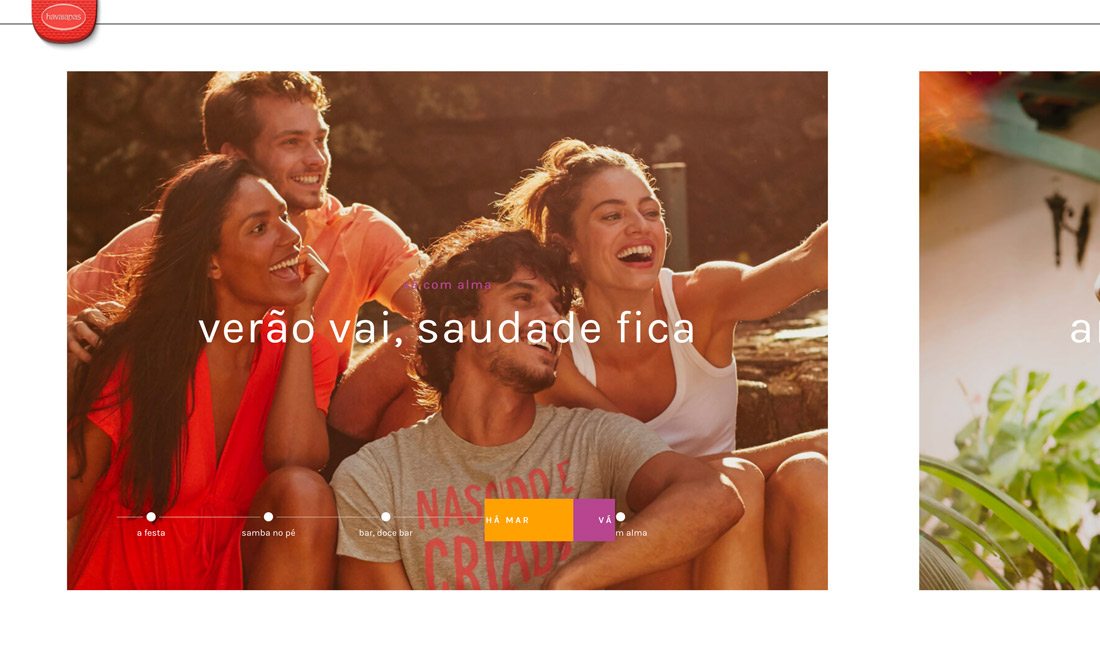 Havaianas uses horizontal scrolling to showcase products. What’s nice about this pattern is that every slide in the scroll includes a call to action and progress bar at the bottom. While the panels auto-scroll, users can take control at any point to see just they content they are looking for. 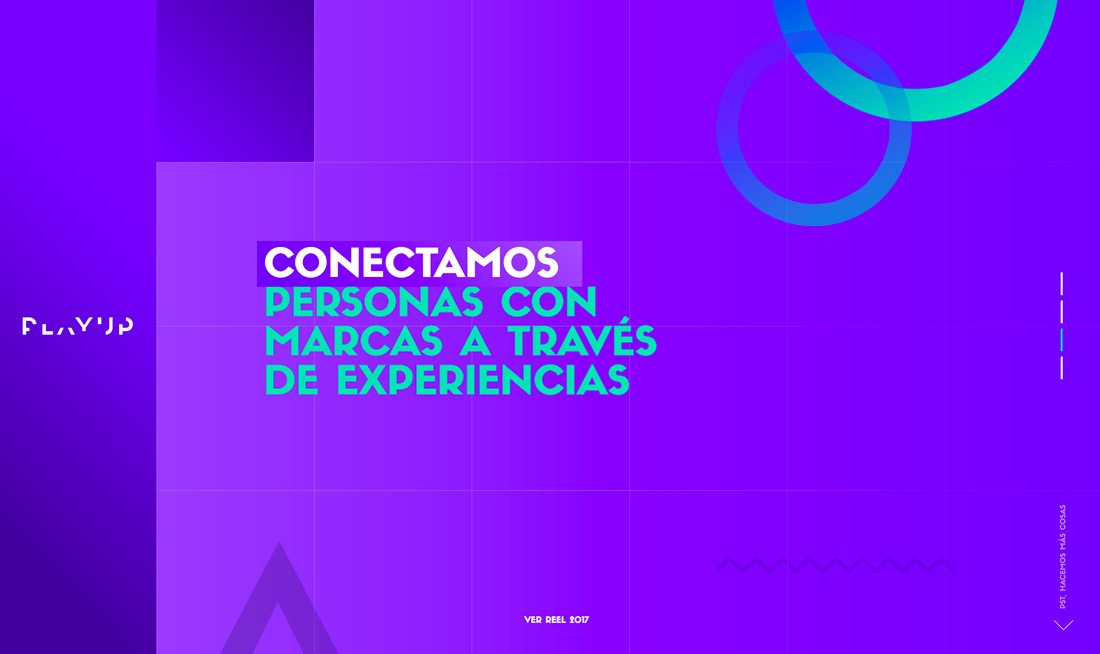 Playup is an animated adventure of moving parts that change and shift with every flick of the mouse. There’s a lot going on with scroll actions, but the movements are quick and enticing, especially with the bolder color choices. Plus, users can scroll up or down and there’s always a visual cue to the right that lets you know what actions are available. 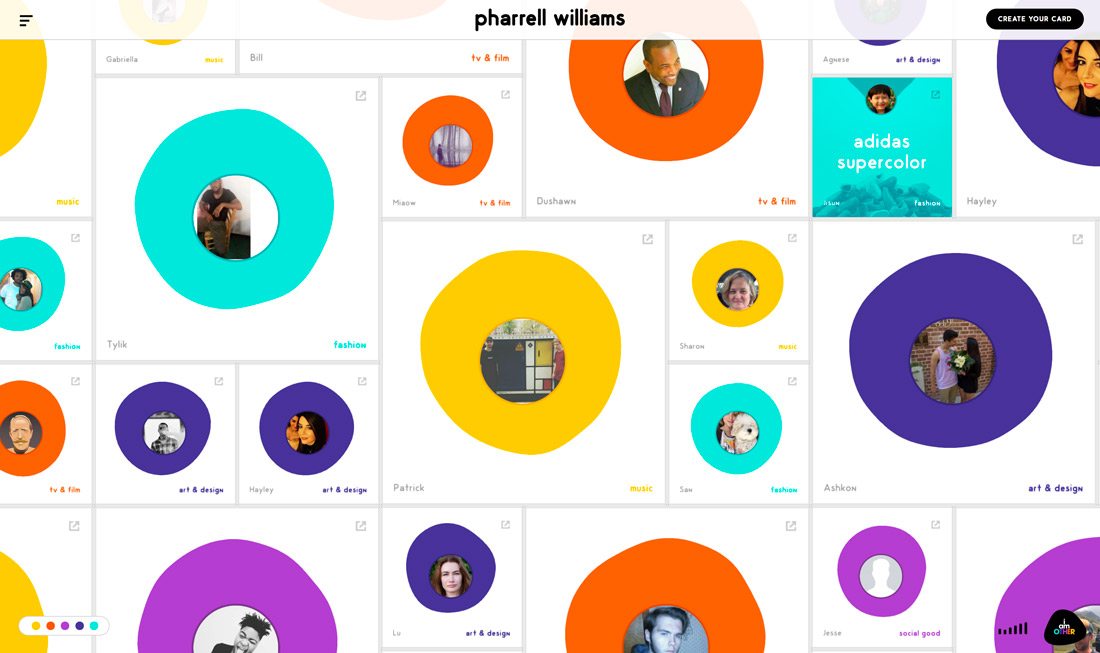 Pharrell Williams has one of the most fun scrolling websites you will find. It moves in every direction, bounces, shifts and changes shape before your eyes. And every bit of the design is directed by scroll actions. Once users click on cards from the homepage, interior pages also make the most of continued scrolling with parallax movement to maintain the same vibe. 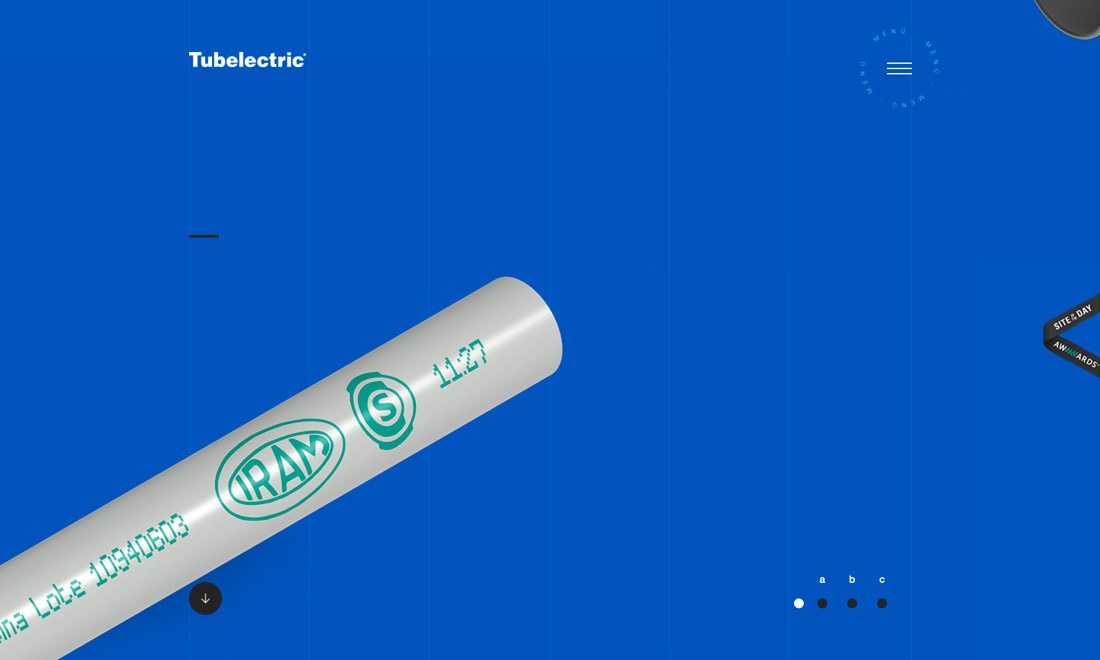 Tubelectric doesn’t look like a design that will have a lot of scrolling effects, but it uses simple layering and animation to highlight the product. There are unexpected design delights with each flick of the mouse for a website that could have had a flat overall design. 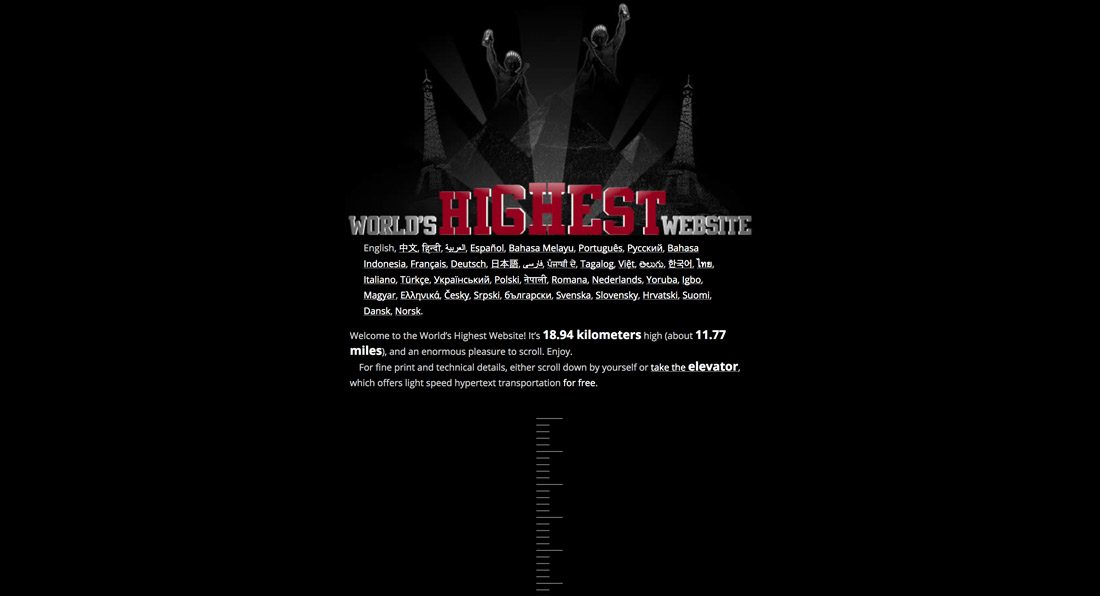 The World’s Highest Website is a silly example of scrolling to the extreme. It just keeps scrolling for more than 11 miles. Have fun! 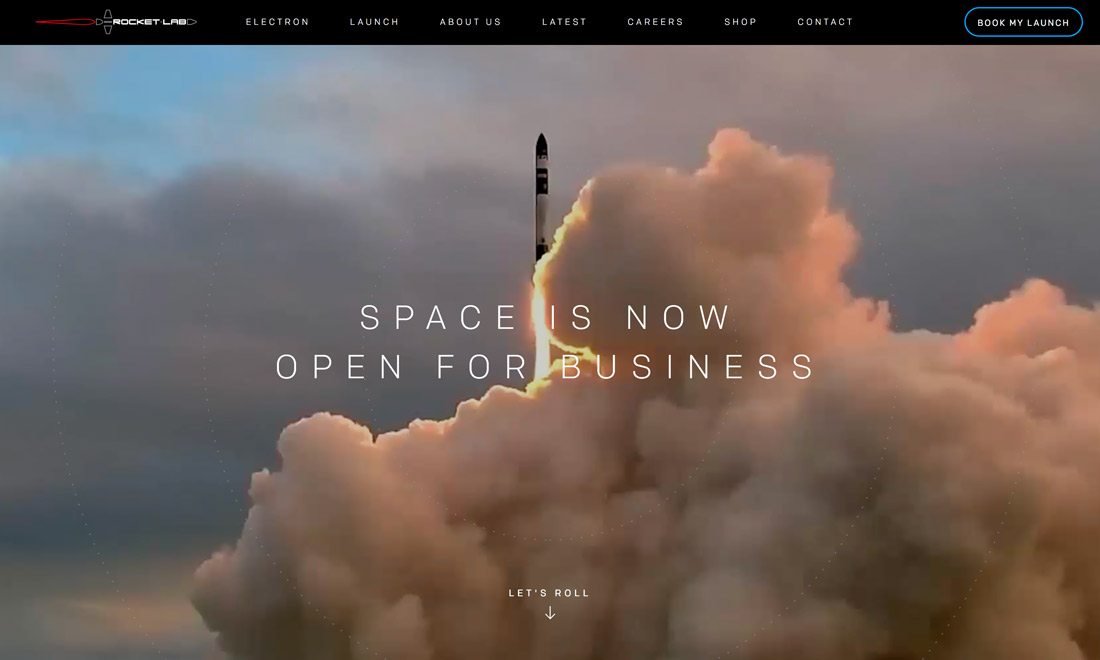 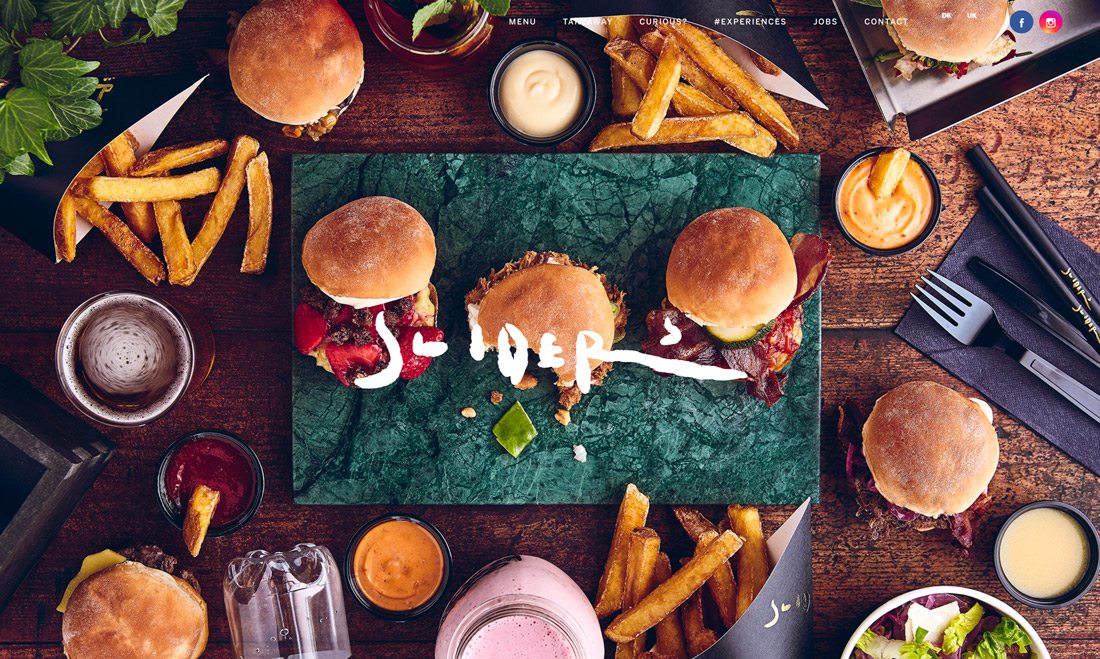 Sliders uses a parallax scrolling action to showcase the restaurant and menu items. The overall design is pretty simple and the scroll actions aren’t complicated, but it all comes together with ease. This is a great example of how to mix cool user interface actions with stellar imagery.

Scrolling comes in a lot of different forms. Hopefully these examples will inspire you to create something with an interesting or new scrolling pattern to help engage a new base of users.

Just remember, as with anything new. Test it out. Look at the analytics. Make changes as needed to make sure that your experimental scrolling and design patterns are successful and serving users well.