Entering the Era of Device Testing

This article will discuss the history and future of the web and what implications that has for how device testing will begin to play a larger role in the obligations of web designers.

As the presence of web enabled devices increases the key question that will arise relates to not only whether or not your design will function on a given device, but also (and perhaps more importantly) how high the quality of the experience will be on that device.

The Internet used to be something that you kept in one place. It sat idly by in your office while you lived out your life with only the occasional need to fire up the connection through your phone line and check an email address that no one ever sent anything to.

Many of us saw the mass amounts of potential and knew that the possibilities were endless, but still couldn’t really think of a reason to be online very often. Our lives had been just fine without this strange new connection to the rest of the world and though it excited us to have it, there wasn’t much in our daily lives that called on us to actually use it.

As time went on, those few souls who really grasped the potential of this world-shaking technology gradually developed sites and applications that gave us practical and addicting reasons to continually check in online. We began to grow accustomed to an unlimited stream of information and started actually seeing the Internet as an essential household necessity.

It was where we started research papers, caught up on the news, looked for a dinner recipe, learned to play a song, and found out who that one guy in that one movie was. And the biggest revolution? Communication. The Internet suddenly provided us with new and exciting ways to keep up with both the people we loved the most and the people we were only mildly interested in hearing about.

However, while this communication revolution was taking place in the office, another was exploding in the streets. Cellular phones had become the hottest item on the planet, magically providing us with a constant, invisible tether to everyone we knew. Our insatiable thirst for constant communication had begun to push cell phones into the hands of adolescents, grandmas and every one in between.

Looking back, it’s easy to see that these two linked but separate revolutions were on a collision course that would change the world forever.

As we know, the mobile phone revolution did indeed collide with that of the Internet. As with the “normal” Internet, the mobile web was so limited at first that few really saw the need. The Internet had been built to be a rich, dynamic and Interactive place and many cell phones didn’t have so much as a color screen. Consequently, many thought they knew the future of the web: mobile.

In their limited grasp they envisioned a future with two Internets: the big one that you left at home and the small one that you took with you. However, this was merely a transitional period and not the true future of the Internet. The mobile web, though still a hot buzz item, is gradually giving away to something else entirely.

The birth of the smartphone marked a new era where these two technologies were finally able to collide with near full force into the explosion of constant information and entertainment we know today.

It is here that we venture outside of our 20/20 vision regarding what has happened and look through our incredibly inadequate prescription lenses towards the future. My prediction is this: The future of the web is not mobile.

To say that the future of the web is mobile is to focus on a small portion of the greater puzzle. The future of the web is not in cell phones. These devices are constantly evolving and will feed the revolution, but computers aren’t going away any time soon. The mobile trend does however provide us with the biggest key insight into the future. In this future our lives are inexorably intertwined with the Internet as the hours and locations where we aren’t hooked in dwindle and disappear. We won’t take the Internet with us, it will take us with it.

The future of the web is not mobile, it is ubiquitous.

The Era of Devices 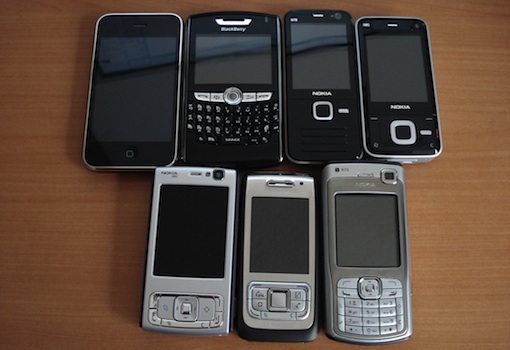 The lengthy and overly dramatic narrative above is meant to get you thinking about the current state and possible future of web user trends. It used to be the case that a web designer’s biggest obstacle to tackle was cross-browser compatibility. In fact, this still holds true for many designers.

However, as the ubiquity of the web increases, the looming issue of device testing increases in importance. The Internet has leapt out of the desktop computer and into notebooks, netbooks, cell phones, mp3 players, tablets, and countless other devices.

As time goes on, technology fuses more and more with the web, giving you an ever increasing amount of variables to consider for how people are experiencing the websites you build.

The Real Goal of Device Testing

Fortunately, as technology improves so too does the compatibility of these devices with the web the way it was always meant to be. Though debates rage over which technologies should be supported, there is at least a strong core of support rising out of widely agreed upon standards in HTML, CSS and even JavaScript.

However, though your device testing duties may ease in some respect as certain technologies triumph over others and are adopted as standard by device manufacturers, never forget that this is not merely a question of compatibility. We can get so tangled up in making everything compatible that we forget the real goal entirely: the experience.

It is the user experience that is your ultimate end game as a web designer. Device testing then goes well beyond whether or not a site simply loads on a certain device to how it feels.

Focusing on the Experience

In a recent blog post titled Designing for iPad: Reality Check, the web developers at Information Architects discussed how they went about developing for the iPad before anyone could actually even get a hold of one. They used clever tactics like printing out screens and applying them to scale models, but ultimately nothing could provide a decent substitute for the real thing.

It wasn’t until they actually saw and experienced their application on the device that they were able to really fine tune the nuances of the experience. Armed with experiential knowledge of factors such as screen brightness and resolution, gesture friction, and device maneuverability, they are now much better equipped to tackle the task of creating enjoyable and effective user experiences for the iPad.

This is where the heart of device testing lies. When you leave behind compatibility and enter into experiencing for yourself how your designs fare on a given device. As you get a feel for popular devices, you can apply knowledge gained from concrete experience to the earliest stages of design to ensure that the users you want to target are getting the experience you want them to on the devices you know they’ll be using.

Obviously, the depth of your duty in this regard will scale with the size and budget of the project. But in general, you have an obligation as a designer to pay close attention to trends in device usage and to familiarize yourself with the experience of using the gadgets driving those trends.

The more you familiarize yourself with a given device, the fewer unpleasant surprises the testing stage will bring. Sometimes the goal will be a widespread “acceptable” experience on as many devices as possible, other times it will be to really shine on a specific device at the expense of others. Great designers will be able to pull off either task equally well. Will you?

Let us know in the comments below how you think the rapid expansion of online devices will affect the future of web design.