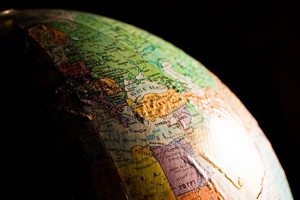 The world is a widely varied place and it’s naive to imagine that a design that resonates well with one group of people will be equally effective with another group on the other side of the globe.

Today we’ll show you how to wield Geert Hofstede’s Cultural Dimensions to better tailor your designs to different cultures through a basic understanding of the values that they tend to pursue. 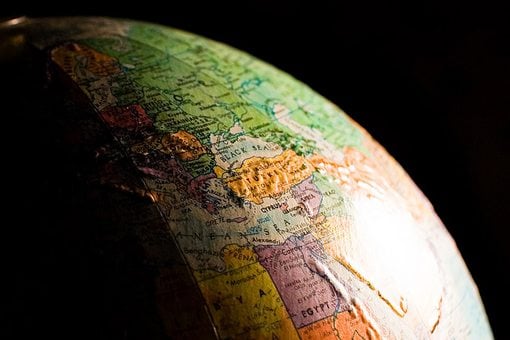 There are many designers who have the benefit of designing websites and marketing materials that are specifically targeted at their own cultures. If you’re an American born citizen designing for an American audience, you have the benefit of a lifetime of experience with this culture that you can leverage in both your visual and written communication. You know what makes Americans tick, what offends and shocks them, and what grabs their attention.

However, there are countless designers who have no such luck. The Internet has made a big world very small and designing for a global audience is a trend that will only continue to increase as the web climbs higher into the realms of ubiquity.

The problem is an obvious one: How do you design for cultures that you don’t understand?

Design Gone Wrong: An All Too Common Tale

“The team had no idea that the image would alienate another group that the page was meant to highlight.”

A team under the control of a colleague of mine working on a university web page once featured a photograph of skulls from the anthropology department right next to a cover story about a group of people from a specific religion and culture that found the image to be highly offensive. As Americans, the team knew other Americans would have no problems with the content and would even be drawn to its bizarre nature. Unfortunately, the team had no idea that the image would alienate another group that the page was meant to highlight.

This makes clear the types of problems that will arise if you begin to design for different cultures without understanding them.

There are two important points that I want to make about the story above. The first is that the job of a global designer goes way beyond choosing color palettes and typefaces. You may not have majored in global business, world religion or human psychology but these facets and more will suddenly make their way into your daily routine.

The second point that I want to make is that you can’t please everyone. The project in the example above was aimed at trying to please multiple groups with completely separate ideals and goals. This is the hardest task of all and can require a nearly impossible juggling act and enough office politics to make your head hurt.

“There are a million different factors to take into account and as a designer or head of a creative team it’s nearly impossible to figure out where to start.”

In all honesty, whether you’re designing for one hundred cultures or only one, you can’t possibly do enough research to catch every little faux pas before it occurs. There are a million different factors to take into account and as a designer or head of a creative team it’s nearly impossible to figure out where to start.

Fortunately, there are powerful theories, studies and indices in place that greatly simplify this problem by creating easy to understand archetypes and constructs that you can apply to your global projects that target specific groups. One of the most helpful and comprehensive of these is Geert Hofstede’s Cultural Dimensions, which is the focus of today’s discussion. 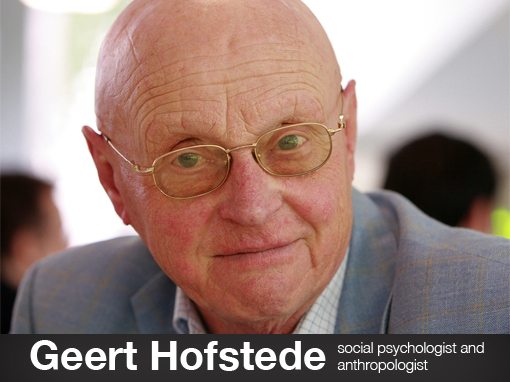 Geert Hofstede is a Dutch social psychologist and anthropologist who created a model for understanding how values are influenced by culture. This model, originally released in 1980, has received plenty of criticism over the years and is most definitely not perfect, but it’s still one of the most comprehensive and relied upon systems for this topic in place today.

You’ll find this subject matter as a primary theme in global business and marketing university courses everywhere. As a designer, it can open your eyes to the types of considerations that your team should take into account when working with different cultures. 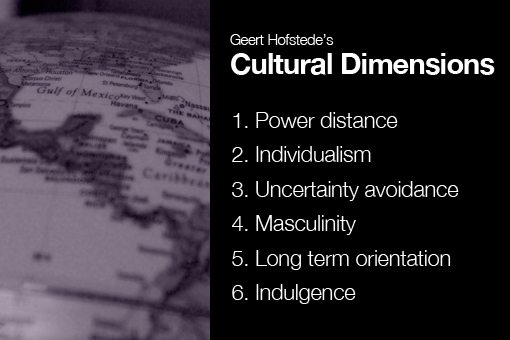 Over the years Hofstede has studied and collected data from over 70 different cultures and regions to assess how their values differ. The current version of Hofstede’s Cultural Dimensions includes six different points of measure.

Each of these is explained below in extremes but keep in mind that there is a continuum and a given country can fall anywhere on the line between the two (read more about these here and here).

The PDI measures the degree to which a culture accepts the divide of power. Some cultures are prone towards opinions of equality regardless of position, people share the idea that even lower level employees and economically challenged individuals have the right to be heard and make a difference. Other cultures embrace hierarchy to a greater degree and accept the differences of position between those with more power and those with less.

Individualism measures how much emphasis is placed on individual achievement and responsibility. Some cultures (those with an emphasis on collectivism) are more prone to work and live in groups where credit for both success and failure is shared. You’re important because you’re part of something greater than yourself. When making decisions, you consider the group before your own selfish priorities.

By contrast, individualist societies praise individual achievement and responsibility. Your success or failure is largely in your own hands and you’re expected to live and work for the most part with your own personal interests being help above those of others.

The UAI is all about measuring a culture’s tolerance of ambiguity. Some cultures tend to operate much better when ambiguity is low, everything is clearly structured and planned out with uniformly application rules and laws. Others thrive in environments where constructs are looser and less rigid. Change is embraced as a positive thing and rules are fewer and more flexible.

Did you know that cultures as a whole can be regarded as masculine or feminine? To understand this, think about the traits usually attached to each word.

You can probably see this one operating on the micro level with several people you know. Some people and cultures look to and place emphasis on the future while others learn from the past while focusing on the present. As you can imagine, long-term countries promote saving and planning for the future while short-term cultures focus on today’s obligations and respecting long held traditions.

You can easily imagine how this one works. Some cultures are very keen on promoting self-indulgence while others hold social norms and restraints in high regard. For instance, in the city of Amsterdam, marijuana use and prostitution are decriminalized and quite publicly accepted. It’s safe to say that this culture falls more towards the indulgence side of the spectrum.

The content above reads woefully close to a college textbook so I hope that I haven’t bored you too much. The real interesting bit comes when you take a culture that you’re expected to design for and check its score for the various dimensions.

By learning where on the continuum a country falls for each of the measures above, you can make informed decisions about how to proceed with producing designs that will actively engage and resonate with that audience.

Let’s see how this is put into practice shall we? Say we’re designing a website for some product that promises professional success. Perhaps something for an online training course or a recruitment agency. Should you use the same graphics and messaging for the American site and the Chinese site?

If we check the scores for America, we can see that they score very high in the individualism category. In fact, it’s their most prominent dimension. This tells us that Americans might respond well to images of strong, successful individuals that suggest innovation, leadership and other qualities. You might grab an image like the one below, which evokes personal achievement and a sort of lone wolf style. 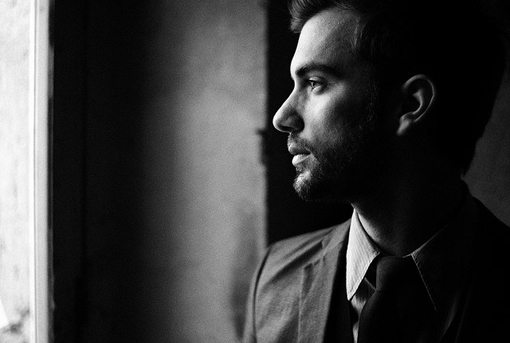 However, when you look at China’s score on the same measure, you see that individualism is their lowest dimension. In fact, they rank lower than any other Asian country in this measure. This might lead you to choose images that depict a group setting or at least two individuals or more working together. 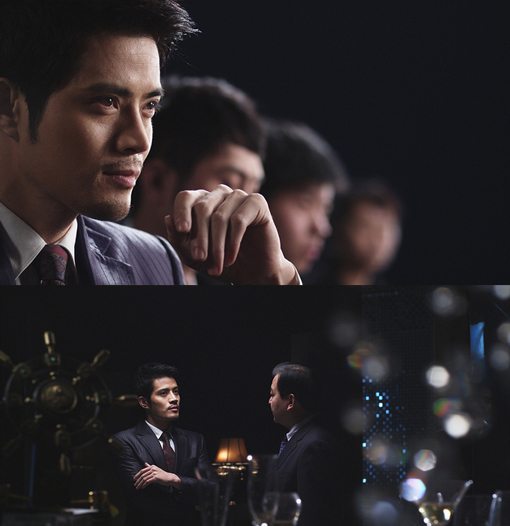 Another easy target for design consideration is masculinity vs. femininity (we’ll explore this more in a future article). If you’re designing a vehicle advertisement for Germans, their high masculinity score might lead you to emphasize speed and the competitive element of owning a nicer car than your colleagues.

However, Finland is far more towards the feminine side of the spectrum so for them you might create an ad that shows a couple or family enjoying life and each other’s company as a result of the spacious new vehicle.

I’m a firm believer that what we think of as boring, stuffy marketing principles are in reality fascinating psychological studies that can help make you a better designer. Whether you work with another department who takes care of this kind of logic for you or not, gaining and wielding this understanding could significantly improve the effectiveness of your globally distributed designs and even help further your career. Designers with solid marketing knowledge are primed for management positions (that’s me appealing to the individualists out there).

Leave a comment below and let us know what you think of all this. Have you ever embarked on a design project for a culture that wasn’t your own? How did you approach it? Will this information prove helpful in the future?