Designing a baby-centric site isn’t an easy task, especially for people like myself who usually favor masculine themes, colors and textures in their designs. Today we’ll tackle this task head on by creating a fun and unique baby announcement site that’s far from typical.

Feel free to follow along and be sure to download the PSD so you can have a look around or even use it in your own site. 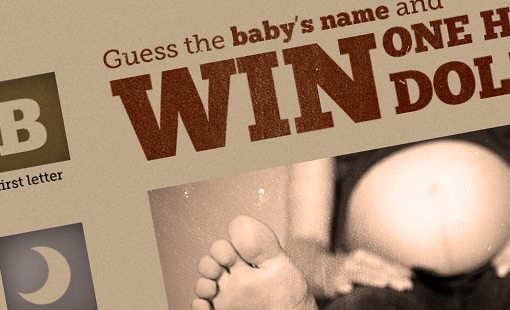 Any Design Shack reader can sign up to be a free member. One of the perks of membership is that you can submit your “Design Dilemmas” and receive free help from Design Shack! If we think your dilemma is relevant to our audience, we’ll turn it into an article just like this one.

We recently received a submission from Jonathan Jose who is currently very excited that he will soon be a father. So excited in fact that he wants to setup a website where people can attempt to guess the name of his baby and win $100! Jonathan sounds like he knows how to set up the site in WordPress but needs help with the actual design.

Well you’re in luck Jonathan because this kind of problem is exactly why we created the Design Dilemma program. Let’s get started!

Learning to target your designs properly is an important skill. If you don’t properly assess your audience, your design could easily become completely ineffective. As an example, your typical nail salon probably wouldn’t want a website that looks just like that of a local biker bar.

With this in mind, you might think that since our project is about a baby, it has to look something like this: 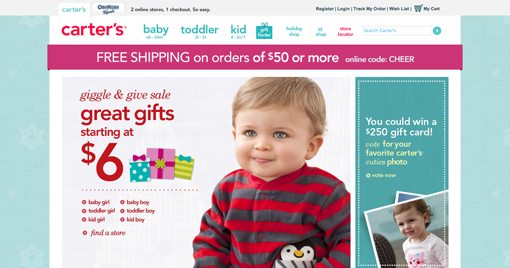 It’s definitely true that this design is right on the money for its purpose. For starters, the mother is typically the person that sites like the one above are targeted toward. When you combine the concept of babies and mothers, you usually get lots of feminine design with pastels, kid-centric graphics, etc.

By contrast, our site is really all about a proud dad who wants to share his excitement with his friends. Consequently, we can take this as an opportunity to turn your typical baby theme on its head by creating something a little more retro and grungy. It’ll still be obvious that the site is about a baby, we’ll just be intentionally straying from common themes found in designs like the one above.

To start off, create a 1200px by 1200px Photoshop document at 72dpi. Next, fill it with #55b06f. Now create a new layer on top of that, fill it with white and go to Filter>Add Noise with the settings below. 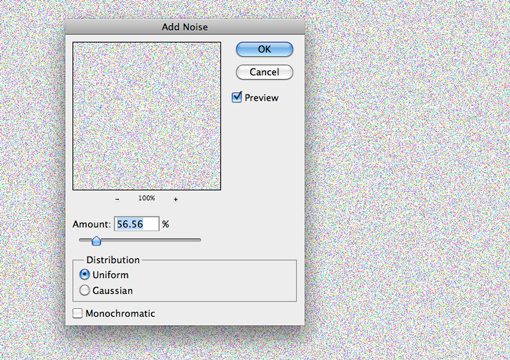 Notice that we’ve left “Monochromatic” unchecked. After some experimenting, this seemed to produce the nicest spread of noise so I went with it and then desaturated the layer (Command-Shift-U). Finally, set the layer to Color Burn and reduce the Fill (not the Opacity) to 53%. 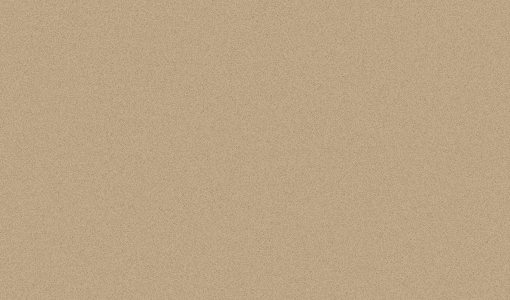 Once you’ve got your background all set up, go download Chunk Five and Museo from yesterday’s 12 Stylish and Free Slab Serif Fonts article.

Use these two fonts together to build a nice typographical headline like the one below. Notice that I’ve used a number of different design tools here. First, I varied both the size and boldness of the type considerably to add variation and place emphasis on the important parts. Next I got a little creative with the stacking so that the headline filled up the horizontal space nicely.

Now that we’ve laid the headline out like we want it, let’s let some of that background texture show through. Change the blending mode to Color Burn and the Opacity to 62%.

Next, let’s add a photo to bring in some life and humor to the page. Obviously, since the baby isn’t born yet, we’ll have to go with the mother. Since I don’t actually have any photos of the mom-to-be, I found a funny photo on Flickr that is just perfect for this project. 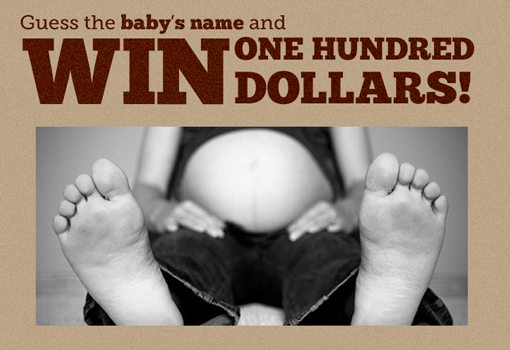 Now, you’ll notice that the photo doesn’t quite fit it with the site if we just throw it on there. To fix this problem, I created a Photo Filter Adjustment Layer and applied a warming filter. 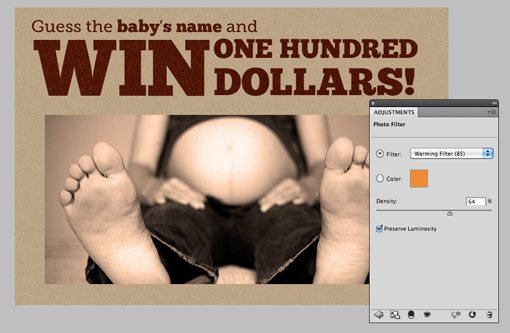 Finally, I created a warped shadow and added it to the photo. This process is fairly easy. You simply create a drop shadow layer effect, right-click on the effect and select “create layer,” then use the warp tool to add an arc to the bottom of the shadow layer. 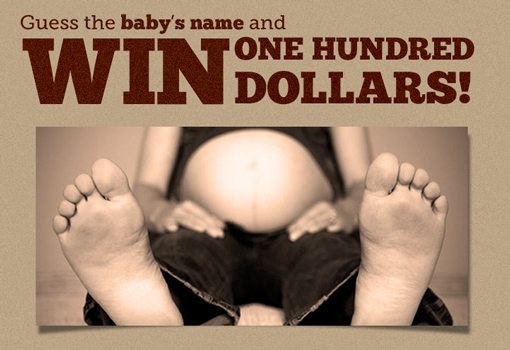 As one final step in finishing off the retro effect we have going here, I downloaded some excellent subtle free grunge brushes and applied some aging to the text and photo. 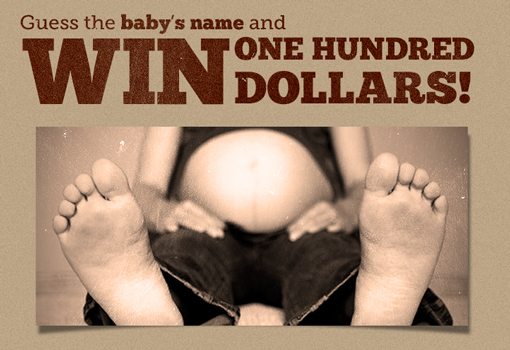 Just so you can see where we’re going, here’s the finished product of this step: 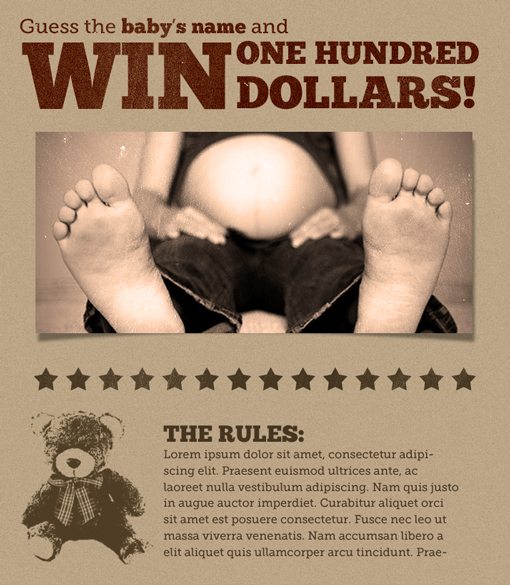 As you can see, it’s evolving into a sort of old boxing poster theme. I’ll let you handle the stars on your own, just grab the Photoshop shape tool, draw a star, then duplicate it a bunch of times.

Likewise, the text is pretty simple: just make a paragraph box and throw in some type. The bear however, is a little bit more complicated. I wanted a simple graphical element but I didn’t want to take the time to draw one out so I decided to manipulate the photo below. 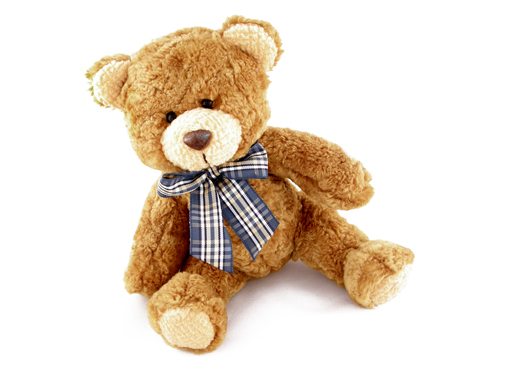 To begin, apply the Torn Edges Photoshop filter with the following settings. Image Balance: 33, Smoothness: 13 and Contrast: 10. This should give you something like the image below: 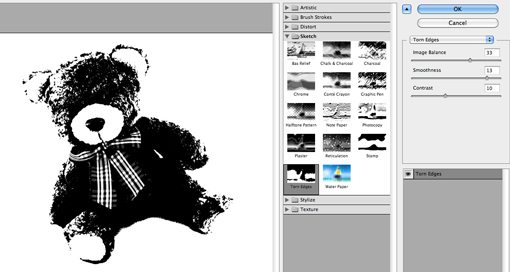 Now for the tricky part. You’ve got a black and white image, but you only want to carry over the black pixels to the website, leaving a transparent background. There are tons of ways to do this but one of the easiest I’ve found is to Command-Click on the Blue Channel to create a selection. Then inverse your selection with Command-Shift-I. Finally, hit Command-J to duplicate the selection to a new layer. 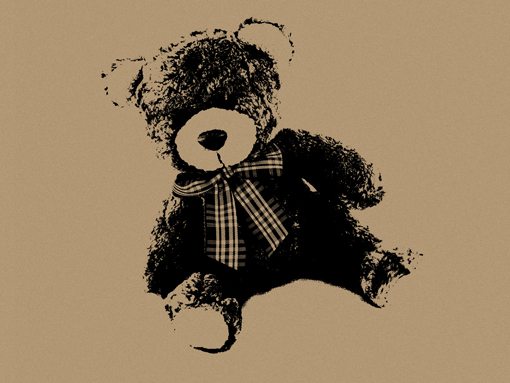 You can then take this layer and position it, give it a color overlay and do anything else you like to it!

Since the object of the game is to guess the baby’s name, I was thinking that it might be a good idea to narrow down the options (obviously, this would increase the chances that you actually have to pay someone). As part of the game, you could reveal a single letter of the baby’s name each month, starting however many months out from birth as there is letters in the child’s name.

So for instance, if the name contained five litters, you would reveal the first letter five months out from the due date. The way I came up with to introduce this aspect of the game is through the shape blocks below. The moons and stars represent letters that haven’t been revealed yet. Each moon or star will then become a letter on a designated month.

As you can see below, I decided to implement the block idea in a vertical strip and I finished the site off with an area for the comments. I also added a little more color variation so the blocks wouldn’t look out of place. 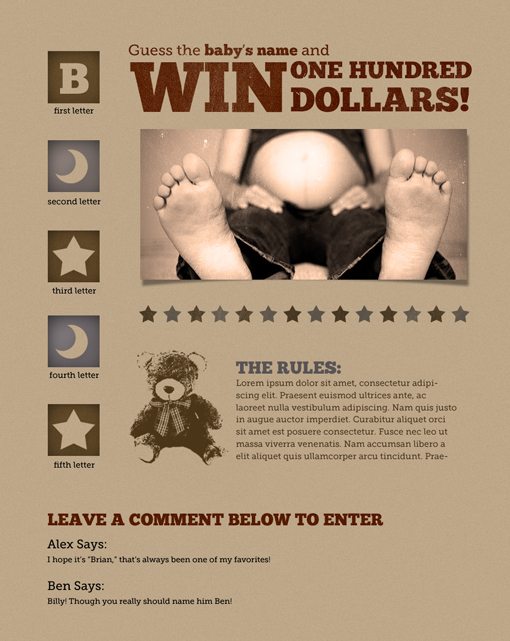 And with that we’re all finished! As promised, the end product is nothing like your average baby website and it creates an awesome space for the contest. As a bonus, the design is versatile enough that you can change it to reflect whatever purpose you like.

The point of this exercise was to take a design project in a completely unexpected direction. This is a great exercise that really opens up your design possibilities if practiced on a regular basis. Just keep in mind who the project is ultimately for and how you can appeal to that customer in an interesting way.

Leave a comment below and let us know what you think! Also, if you’ve designed any great baby-themed websites, logos or anything else, leave a link below so we can take a look.