The Ins and Outs of Minimalist Design

Minimalism is a trend that will never die. No matter how many times we are left in awe by impressively intricate designs, there will always be something about simplicity that leaves us just as captured.

Today we’ll look at some of the key aspects of minimalism in web design along with some examples from designers who got it right.

It’s almost always a good idea to explore what something isn’t within a discussion of what it is. Examining opposites gives us a point contrast and helps shape the definition. Essentially, minimalism is a departure from the visually superfluous. Richly diverse color palettes and complex elements are forgone in favor of simple solid colors and basic lines.

Consider the two examples below. These sites represent a clear alternative to the minimalist mindset. They are visually quite busy and can take a minute to explore before you feel like you’ve got a decent grasp of what’s going on in the page. 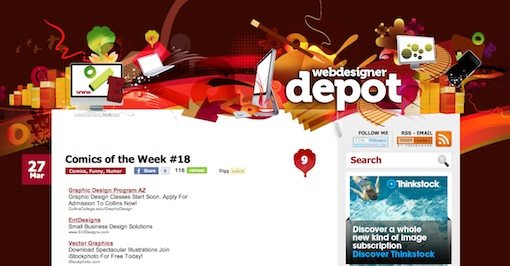 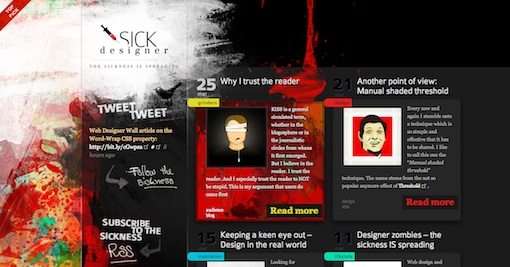 Does this make them bad designs? Absolutely not. Though many designers clearly favor specific styles, assigning value statements to a given method is as useful as saying that blue is better than green or left is better than right; there’s simply no truth to these statements and nothing is gained in the discussion of such possibilities.

If you’re a professional designer you should be able to pull of any number of design styles to please the will and personality of your client. The answer to the question of what minimalism isn’t is that it is not an inherently better approach to designing websites. The key then becomes not to decide if you like busy, minimalist or any other number of design styles better, but to learn to implement each method effectively. Let’s examine a few areas to focus on when creating a minimalist design.

Your choice of typography plays a huge role in the effectiveness of your minimalist design. Choose clean, simple fonts with a high level of readability. Thin fonts are often used to often convey minimalism but don’t confine yourself to this idea as a thick font is a great way to showcase an important item such as a headline. 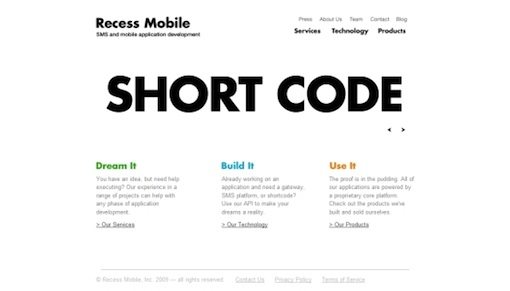 By the same token, you can even pull off a solid minimalist design with a complicated, script font. Try keeping your page and other typography as simple as possible while using a script to draw attention to a single area on the page.

My favorite implementation of minimalism is when it done to achieve the purpose of increasing usability. Good minimalist web design often focuses on stripping the page to a minimum number of separate sections and elements is such a way that the navigation of content is nearly void of any sort of learning curve or visual confusion.

This very often results in readily apparent grid-based alignments. Our eyes are very familiar with this pattern of content and usually have no trouble sorting through it in a quick glance. Further, there’s something in your brain that simply wants items to line up properly and in a predictable manner. It’s pleasing to see a page with strong alignment both vertically and horizontally. By contrast, there’s a sort of visual and psychological dissonance when we can’t immediately identify a clear pattern in the arrangement of items on a page. 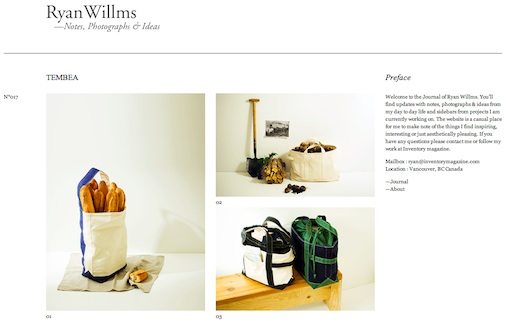 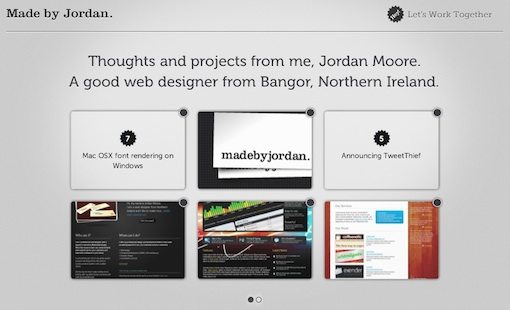 If you’ve got a minimalist design in the works and it just seems to be missing something, odds are adding some contrast will improve the design dramatically. When wielded by a practiced hand, contrast is the key to all good design (I will defend this blanket statement to the death). In minimalist web design, page are so stripped down that there is little else to run with than some clever contrast.

Contrast is a concept we all understand inherently but making yourself aware of it can drastically improve your designs. Check out the simple design below: 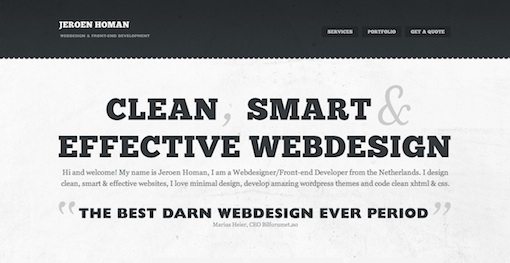 There’s really not much going on here as far as color and pretty pictures. However, the design is quite attractive due to the strong use of contrast. The header and content area are clearly separated and instantly recognizable for what they are (the footer uses the same trick). The copy on the page differs in size and boldness to draw your attention to the parts of the message the designer deemed important.

The page above uses shades of gray for differentiation but you can just as easily use different colors to accomplish the same thing. 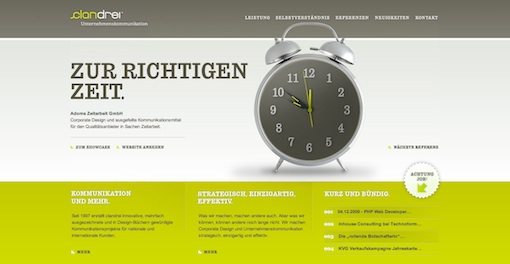 Just remember that there is a huge difference between contrasting and conflicting colors. Just because two colors are very different doesn’t mean your eyes will perceive the difference as pleasant. Make sure you’re up on your color theory before you make any drastic decisions.

The main thing to remember with contrast is said best by design author Robin Williams: “Don’t be a wimp!” What she meant by this is that a little bit of contrast does not go a long way. If you’re going to make something bigger so that it stands out, make it a lot bigger. If you’re going to make it bolder, make it really bold! You should be able to tell in an instant if the contrast is there. We see this often when text is bolded. Sometimes the difference between the bold text and the regular text is so slight you have to really stare to see the difference! In this case, the bolded text serves no purpose and should just be the same as the rest to prevent visual confusion. 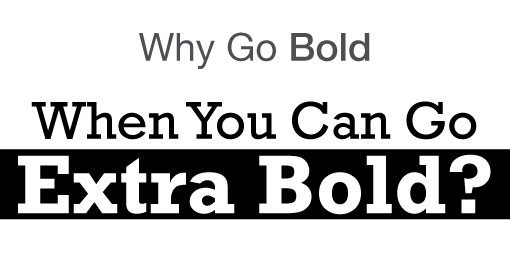 Think back to the busy examples at the beginning of this article. These designers chose to fill nearly every inch of the screen with something visually interesting. Minimalism again takes the opposite approach. It gives the main components of the page ample breathing room that sets them apart.

Whitespace makes the viewer feel comfortable and less claustrophobic. It also helps you the designer have control over where you want the viewer to look. Some designers insist that viewers will read every page left to right following a z-pattern. This is simply not true in all cases. Notice how the designer above used whitespace and a bright image to draw your eyes into the picture of the computer screen. Your eyes start at the very center of the image, not the top left!

This has everything to do with contrast, as mentioned above, and the volume of space occupied by a given object vs. the whitespace around it. To get a feel for a the right amount of whitespace to use when performing an initial layout, I often convert the objects I’ll be placing on the page to extremely basic shapes in Illustrator. Then I can quickly shuffle and resize the objects without being distracted by their content. Doing layout this way forces you to think about the balance of your page before you ever even approach more complex aesthetic elements.

As you can see, the Jolicloud layout is fairly balanced and attractive when looked at in this manner. The one thing that bugs me is that the navigation links don’t line up with the right side of the content. I exaggerated it a bit in the simplified version to make it easier to see but it’s definitely like this in the original image as well. Again we see the benefit of reducing the page to basic shapes as it becomes immediately apparent that the navigation links are somewhat awkwardly positioned (neither center-aligned nor right-aligned but somewhere in between).

Can’t get enough minimalism? Check out the great articles and sites below: