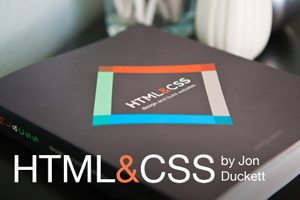 You’ve no doubt seen some buzz about a new book from Jon Duckett titled HTML & CSS: Design and Build Websites. Books on how to build websites are a dime a dozen. They fill entire sections of every book store around while many of us ignore most or all of them in favor of web-based learning.

So what makes this book so different? Why is it gaining so much attention? Does it live up to all of the hype? Read on to find out how Duckett is changing the way we think about web development books and why it’s hands down the best book I’ve ever experienced on introductory HTML & CSS.

You average beginner’s book on learning HTML and CSS is little more than a tech manual. The design and layout are based on tired and boring publisher templates, the content is typically black and white with a few color pages if you’re particularly lucky and the writing style is dry enough that it works brilliantly as a bedside cure for insomnia.

Perhaps the biggest problem with the typical format is that it serves to turn away as many individuals as it draws in. Countless people want to learn web design and may even get so far as to pick up a book on the topic only to be intimidated by the mindnumbing content inside.

This is particularly true for many designers looking to expand their skillset with a little coding experience. Visually minded people are known for being struck with a sudden case of ADD when staring at a text book. We love rich, structured and well designed experiences and nothing bores us faster than endless tech drivel and lifeless code examples.

A Breath of Fresh Air 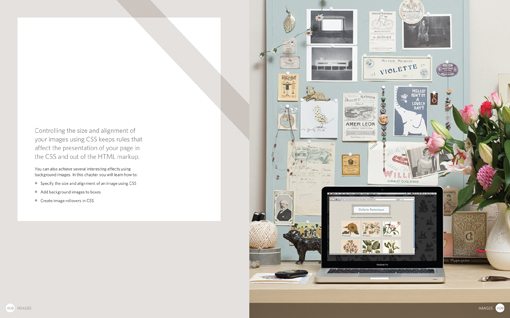 The first thought that entered my mind upon opening Duckett’s book was, “this is something different.”

I write about web design for a living, so I’ve seen my fair share of books on HTML and CSS. The first thought that entered my mind upon opening Duckett’s book was, “this is something different.”

This statement isn’t an exxageration or a misleading first impression that quickly dies away. This book really sets out to accomplish something new and I firmly believe that it succeeds, but more on this later. For now let’s jump in and talk about the book itself. 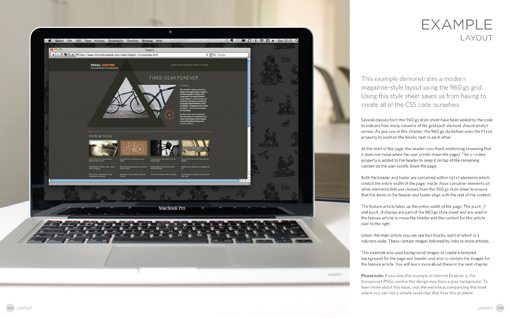 This is where HTML & CSS really sets itself apart. This book is beautiful. Every page is colorful and contains an awesome minimal layout that you don’t typically see in web dev books. It’s so good looking it could qualify as a coffee table book.

It’s so good looking it could qualify as a coffee table book.

One of my favorite features is how Duckett displays the live examples of his code tutorials. Instead of simply using screenshots like everyone else, each example is shown on the screen of a MacBook Pro, iMac or even a Dell desktop placed in various settings. These full color photos are a treat; a simple idea that makes the book feel more like a rich artisitic experience and less like a boring code manual. 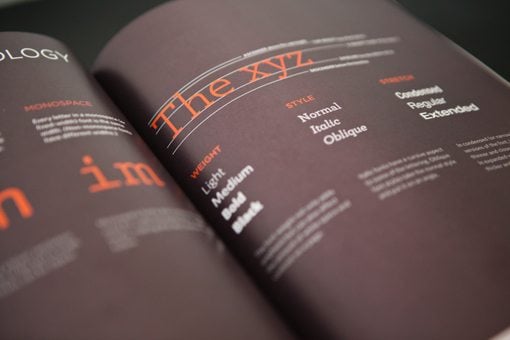 Another reoccuring theme is the full two page spreads that break down a simple code sample, often a single line or tag. How many publishers around would allow the author to dedicate a full two pages to a huge colored diagram of an HTML tag? I suspect very few.

The same principal of design and quality over printing expense is taken throughout the book. One section on image formats dedicates four full pages to large, attractive images of various kinds with little to no description. Are these pages strictly necessary? Probably not, but from a visual designer’s perspective, they served as another reason that I couldn’t put the book down.

It’s funny, many books on web design don’t really take their own advice. This book though is page after page of superb content presentation. Even if you don’t read a word, it still serves as a great piece of design inspiration.

Sure the book looks good, but is it all just icing on an otherwise typical cake? Design aside, the major selling point of any HTML & CSS book should be whether or not the average person can expect to pick it up and walk away with a solid knowledge of web design practices by the time they put it down.

Fortunately, Duckett’s book serves as a fantastic but welcomely brief introduction to the topic. It’s a thick, hefty book, but much of that is due to the way the content is presented. The actual written material isn’t as lengthy as you’d guess and is all very approachable and relevant. 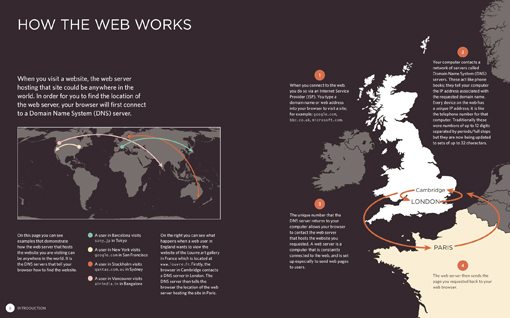 Duckett doesn’t waste two chapters on the life and times of Tim Berners-Lee, instead he kicks the book off with an insightful discussion of how the web works and transitions that into how this functionality is powered by HTML.

About half the book is dedicated to a solid overview of HTML structure and elements that every developer should become acquainted with. Along the way you’ll create bite-sized live code examples that teach you what you need to know without burning half a day of your time. As you go through this section, you’ll find some discussion about organizational techniques, text editors, and other various supporting topics as well. 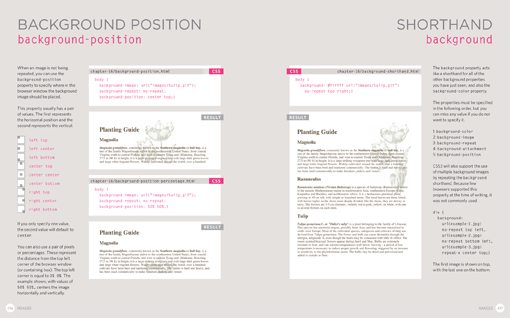 The second half of the book is dedicated to CSS. Duckett spends pletny of time discussing visual styling but the real meat of the CSS section seems to be reserved for layout code, techniques and even fraweworks. I really appreciate this, as CSS-based layout is one of the most important core foundational topics that so many seem to miss out on.

Box-shadows and rounded corners are easy to pick up, but the difference between relative and absolute positioning, how to properly work with floats and wielding grid-based layouts are topics that beginners absolutely need to wrap their minds around and Duckett presents it all in a easy to grasp fashion.

The visual look of the book shows that Duckett is obviously a designer, and despite the fact that his book is largely about code, he can’t help but let that designer side show through in the content.

Throughout the book there are great little discussions and advice pertaining to the actual design side of creating websites: from how to crop photos to which typefaces are the best for which settings.

A Book To Be Experienced 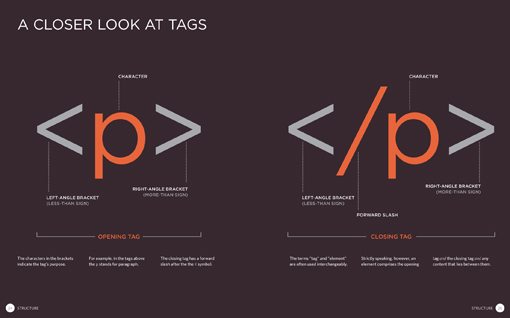 I recently received a book as a gift that covers the topic of introducing the reader to HTML and CSS. I thumbed through it for a few minutes, realized that I already knew and understood most of what it contained, and put it on my shelf to collect dust.

In a way, Duckett’s book was similar. His knowledge of his subject is vast and I won’t pretend that I can match it, but I did already possess a strong grasp of most of what the book covers (I’ve written tutorials on half of it). However, despite this, the book hasn’t hit the shelf yet.

The very first time I picked it up, I spent several hours pouring through its contents. Like a good novel, this book grabs you and won’t let go. The beautiful design and brief but to the point writing style makes for a unique read. In fact, maybe “read” is the wrong word. This book is really “experienced” and conveys the same feeling that I had browsing through photographic science books on space or dinosaur bones when I was a child.

Go Get It, Now

I rarely write book reviews for Design Shack. That’s because I’m rarely impressed by web design and development books. I heaped tons of compliments on this book just now, so much that you no doubt think it’s all undeserved exxageration. Keep in mind though that this is in light of the fact that I typically write about why web design books suck. They’re flat out boring and unengaging. I’d usually rather spend my time curled up with a good web-based tutorial and a text editor.

There are precisely two web design books that have drawn me in enough to keep the pages turning eagerly instead of through sheer force of will. One of them was The Book of CSS3 and Duckett’s HTML & CSS was the other.

If you’re a designer who appreciates a solid visual experience and can’t seem to get your brain to endure a book on HTML and CSS, go get this book right away. At a mere $29.99, it’s half the cost of other books that you’ll find in the web dev section. Thirty bucks to finally pick up a new skill that could lead to an awesome new career? What are you waiting for? Check out the website for more info.