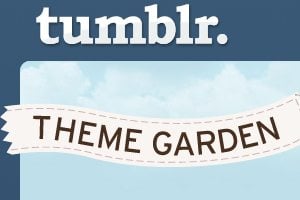 Here at Design Shack, WordPress is our bread and butter, but in the world of blogging platforms, we have lots of love for Tumblr as well. It’s simple, gorgeous, and simply enjoyable to use.

Today we’re going to take a look at what makes a great Tumblr theme. With thousands of options in the Tumblr theme garden, it can be difficult to stand out.

Why do some themes catch so much attention while others are ignored? Good design holds the answer. Not all themes are created equally, and knowing what aesthetic cues to look for can help you choose a Tumblr theme that will serve you well.

Download thousands of Tumblr themes and templates with a monthly Envato Elements membership. It starts at $16 per month, and gives you unlimited access to a growing library of over 2,000,000 Tumblr themes, templates, fonts, photos, graphics, and more. 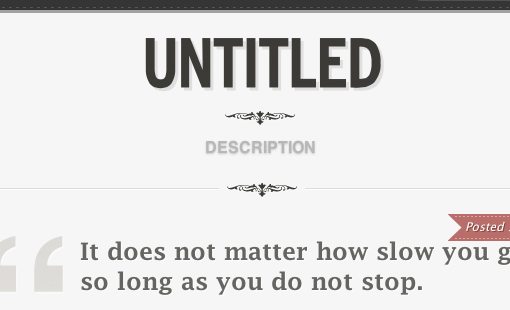 If you want to create a popular theme, or even just an impressive theme for your own personal use, don’t let the type be an afterthought. With Tumblr themes, type is a huge part of the overall visual aesthetic. It defines the personality of the page and grabs the attention of very specific types of browsers.

As an example, consider how the headline in the theme shown above differs from that shown below. You have sleek and understated compared to bold and intense. Even if all other design features were constant, the type alone would drastically set these themes apart. 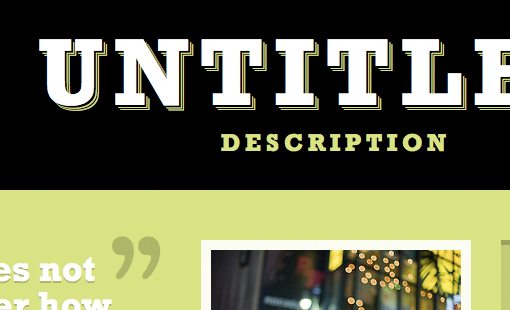 One excellent way to boost the appeal of your theme through type is to integrate various font services. For instance, the Candor theme shown below features Typekit and Google Web font integration. This gives users the ability to customize the type far beyond what would typically be available in a blog environment. 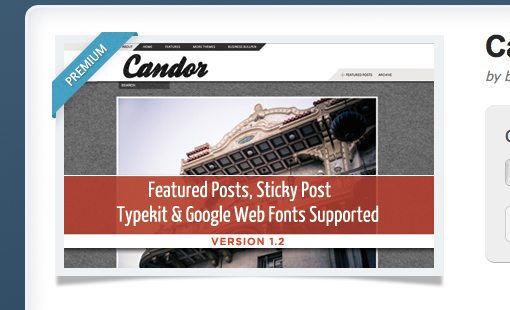 As a designer, it’s extremely important to keep your audience in mind and throughout this post I’ll continually discuss some of the quirks and intricacies of the unique user base that Tumblr enjoys.

One thing that draws people to Tumblr is that it’s a place where you can easily find something that’s very different than the traditional blog model. The popularity of themes like Organ shown below proves that this is the case. 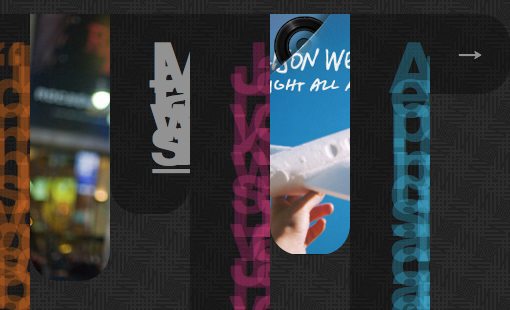 This theme is completely out of realm of what you would expect in a blog page. There are plenty of others that follow this path as well. The theme below for instance, shows one post at a time and requires users to use their arrow keys to navigate. 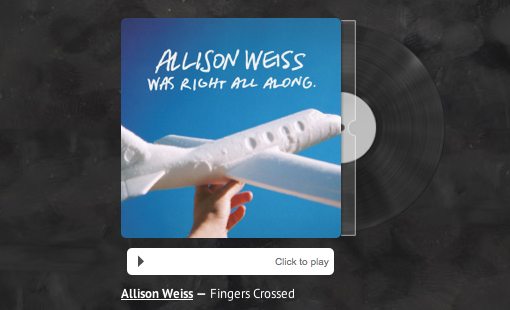 The unique ideas go on and on. The theme below takes all of the posts and sticks them into a messy stack of Polaroids, which arrange into a neat grid when you hover over them. 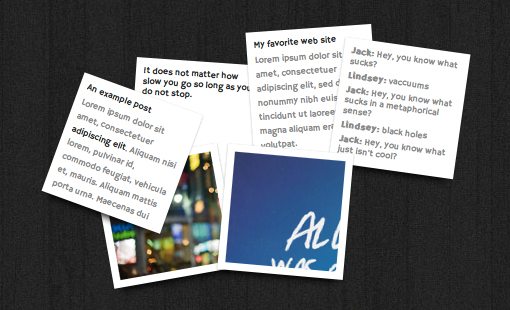 The obvious implication here is that if you want to design a popular Tumblr theme, one great way to go about it is to create something unlike anything else that’s out there. These users really appreciate creativity and will download your theme like crazy if that’s what you’re offering.

Take a look at these three Tumblr theme previews and see if you notice a trend: 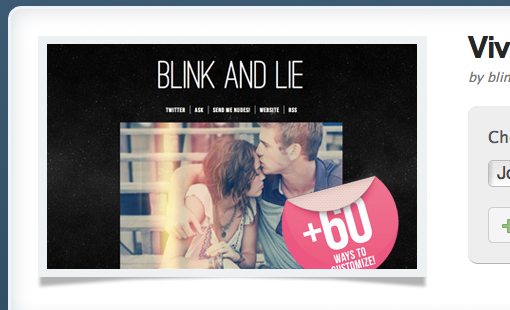 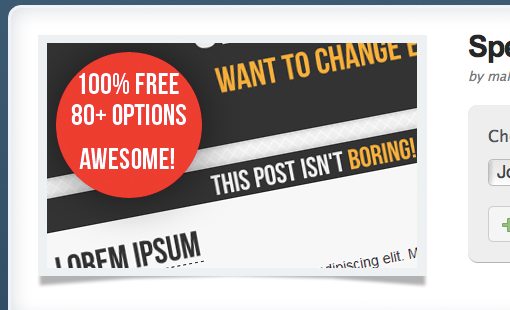 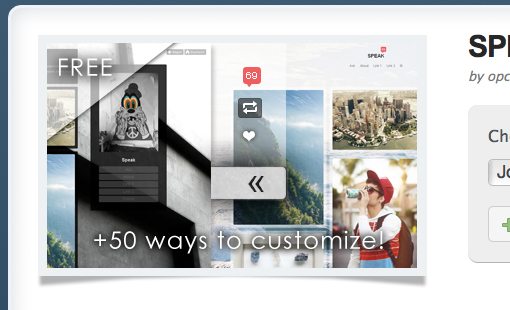 As I’m sure you saw, the customization options are a big deal. They’re touted above all else and the designers call out to you with impressive numbers: 60+ ways to customize, 80+ options, etc.

Once again, we see that the Tumblr user base is an expressive bunch. Not only do they want you to give them a great looking theme, they want to be able to make it their own. Earlier we saw an example of some built-in font customization options. Start here and then go much further. Provide color options, work in a personalized header or sidebar with information about the author, let the user rearrange the columns; the possibilities are endless.

As you customize, just remember that the theme should also be great with no effort. Make sure the personalization options are there for those who are interested, but don’t get in the way of those who aren’t.

To be honest, I didn’t expect the Tumblr theme market to be so current with modern web design practices. In my search I came across a number of responsive themes like the one shown below. 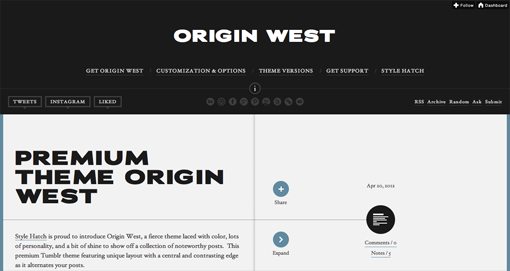 The fact that responsive Tumblr themes exist and are gaining in popularity shows that the Tumblr user base is either decently educated in web design or are at the very least, interested in making their blog as cross-platform as possible.

Your typical blog owners will probably visit their own page on their tablets, smartphones, laptops and desktops and they’ll definitely go for themes that look great on all of these devices. Responsive design is everywhere and a time is already approaching when it will become more of an expectation than a bonus feature. Are you ready for that day?

As we’ve already shown, Tumblr users seem pretty well aware of recent design trends. You can use this to your advantage to create themes that will be instantly popular. As an example, consider the popularity of Pinterest and how it has led to the wildfire like spread of masonry style layouts. Tumblr theme designers didn’t take long to jump on board this train and start dishing out themes that utilize a layout and aesthetic that appeals to Pinterest lovers. 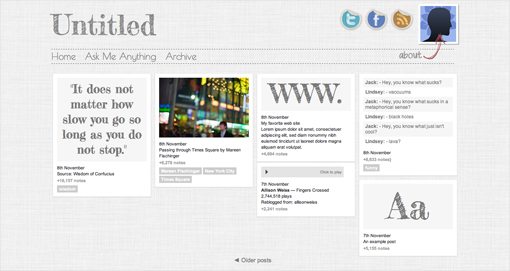 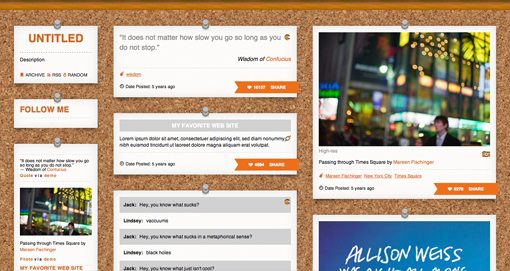 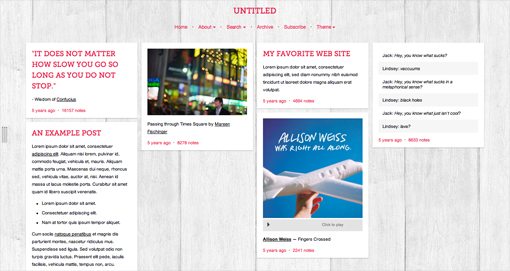 If you’re looking to create a popular theme, look around the web and find some practices that are becoming very popular but haven’t necessarily caught on in the Tumblr market yet. What will the next layout fad be?

Minimal, white background themes flood the Tumblr theme market, many of which are super popular. It’s becomingly increasingly difficult to stand out in that niche though as all of the options start to look the same after a while.

One solution that proves extremely successful for some designers is to run to the opposite end of the spectrum and invest a lot of time into building a stunning background for their theme. 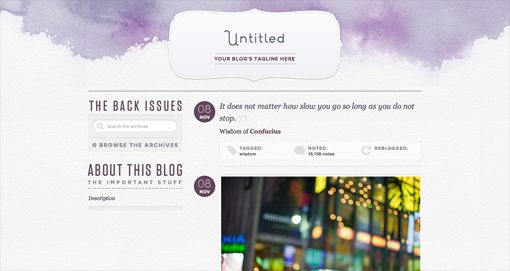 Tumblr themes tend to utilize a ton of whitespace so the background graphic can be a very important place to showcase creativity and a unique aesthetic. 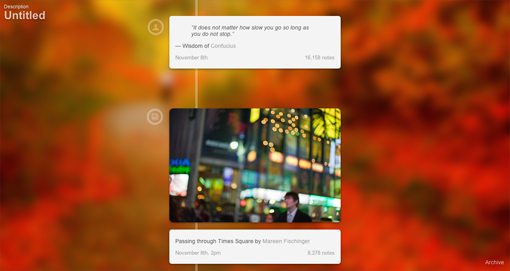 Bottom line: don’t underestimate the power of a good background in earning you downloads. Even if you don’t have a graphic that can stretch all throughout a page, you can pour you effort into a header graphic with similar results.

7. Come Up With a Visual Theme

One tactic that seems to work pretty well is to decide on a metaphor or theme for the template that you’re building (here “theme” refers to a specific aesthetic such as “desert” or “fantasy”). This is a great way to get your mind “into the zone” from a creative point of view and leads to some interesting results that users love.

For inspiration, look over the “Space Traveler” theme below. This gorgeous piece of design uses planetary orbital charts and compass rose graphics to create a positively charming aesthetic. 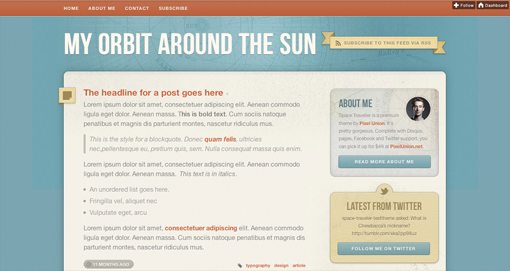 What visual idea can you run with that will make your theme both unique and enticing? Consider places that you’ve been, specific film or literature genres, foods; anything that you can turn into a specific look.

No matter what you’re designing, it’s vitally important to keep your target audience in mind. This gets tricky when you’re designing general use templates though because your intended audience is pretty much anyone! Aside from the Tumblr user aspects that we’ve already been discussing, how can you further target your design to a specific set of users?

One of the best answers is simply to pick a group of people and intentionally target them. If I’m a photographer for instance, I might run a Google search for Tumblr themes for photographers. Now, tons of generic themes might work perfectly for what I need, but what I’ll find in my search is likely those themes that explicitly state that they’re for photographers, like the one below. 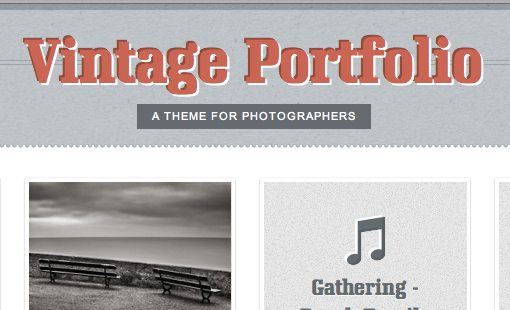 Spend some time looking through Tumblr and finding a market that isn’t well represented, then build a theme for that group of people. Think about specific professions like realtors or app developers and ask yourself what types of features they would gravitate toward. 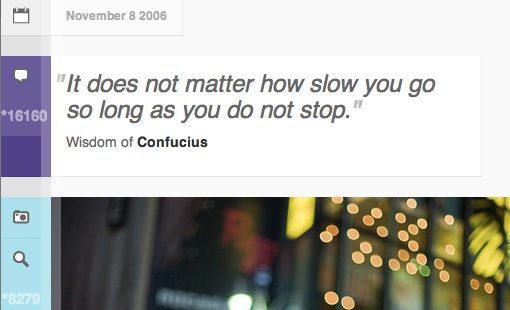 Thus far we’ve talked about how both type and background graphics play a huge role in the personality of your theme, another area of the design that fits this description is icons. Tumblr uses icons to differentiate between post types, which has led to a lot of creativity in this area on the part of designers.

Icons can really help define the aesthetic that you’re going for and many designers use them generously throughout their designs, not simply in post type indicators. 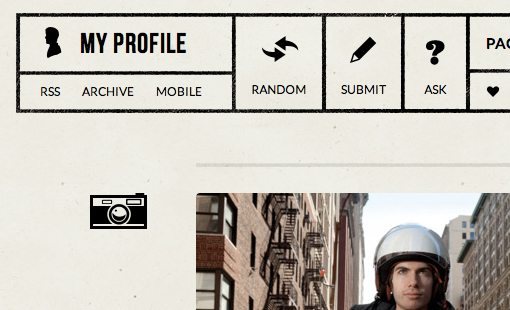 Whether you’re using a prebuilt icon library or crafting one yourself, remember that this is a key area where you can make your work stand out from the competition. Take the time to get it right and you’ll be glad you did.

As a Tumblr user myself, the themes that really impress me are those from designers that really gave a lot of attention to the finer points of the design. Subtle textures and patterns, shadows in all the right places, barely noticeable edge highlights, these little touches go a long way toward making your design seem professional and attractive. 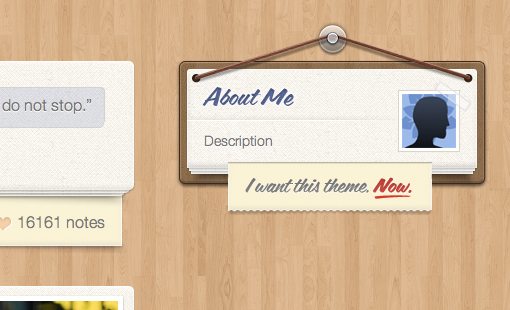 No matter what aesthetic you’re going for, be it vintage, skeuomorphic, minimal or wacky, don’t rush through it just to have something to upload. Slow down and really polish off the minor details that you wouldn’t think anyone one notice. Trust me, they will.

What Are Your Tumblr Design Tips?

After reading through this article, you should have a lot of insight into what goes into the creation of a successful and attractive Tumblr theme. Following these ten tips will help you create your own themes that will race to the top of the download charts.

Now that you’ve read what I think, I want to hear your input. What attracts you to a Tumblr theme? Is it any of the things that I listed here or something else entirely. I want to know!

Tumblr is a free, fast, and popular blogging platform. This series contains tips advice for using Tumblr, and collections of beautiful Tumblr themes to help you create a unique and interesting website.